SEOUL, June 6 (Yonhap) -- South Korea blanked undermanned Chile 2-0 in their pre-World Cup friendly match at home Monday, with their biggest star coming through with a late goal to mark a personal milestone.

Hwang Hee-chan of Wolverhampton Wanderers, the other Premier League from South Korea, put the hosts on the board in the 12th minute at Daejeon World Cup Stadium in Daejeon, some 160 kilometers south of Seoul, and South Korea earned their first win over Chile in three meetings. 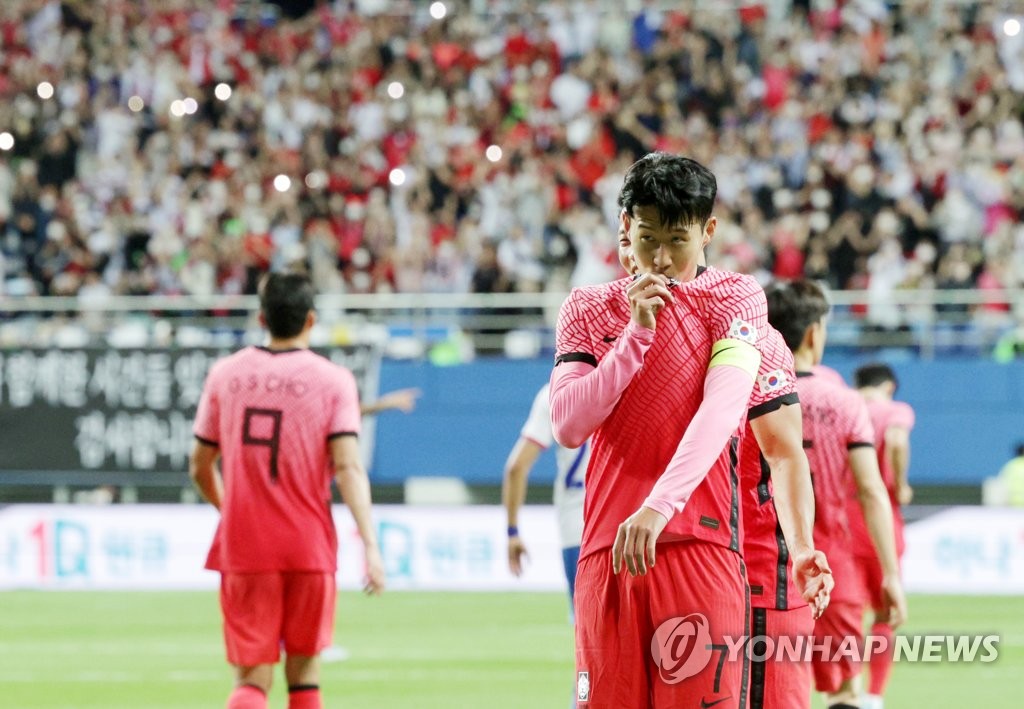 Chile took a page out of Brazil's playbook and applied high pressure on South Korea in the opening minutes. Chilean forwards formed the first line of defense as they tried to win back possession deep in the South Korean zone, and it caused some early turnovers.

But South Korea soon regained their composure and established their presence in the attacking zone.

Winger Hwang Hee-chan then opened the scoring in the 12th minute. After taking the pass from Jeong Woo-yeong on the left flank, Hwang cut to the middle and fired a right-footed shot into the top right corner. It was Hwang's first international goal since November last year. 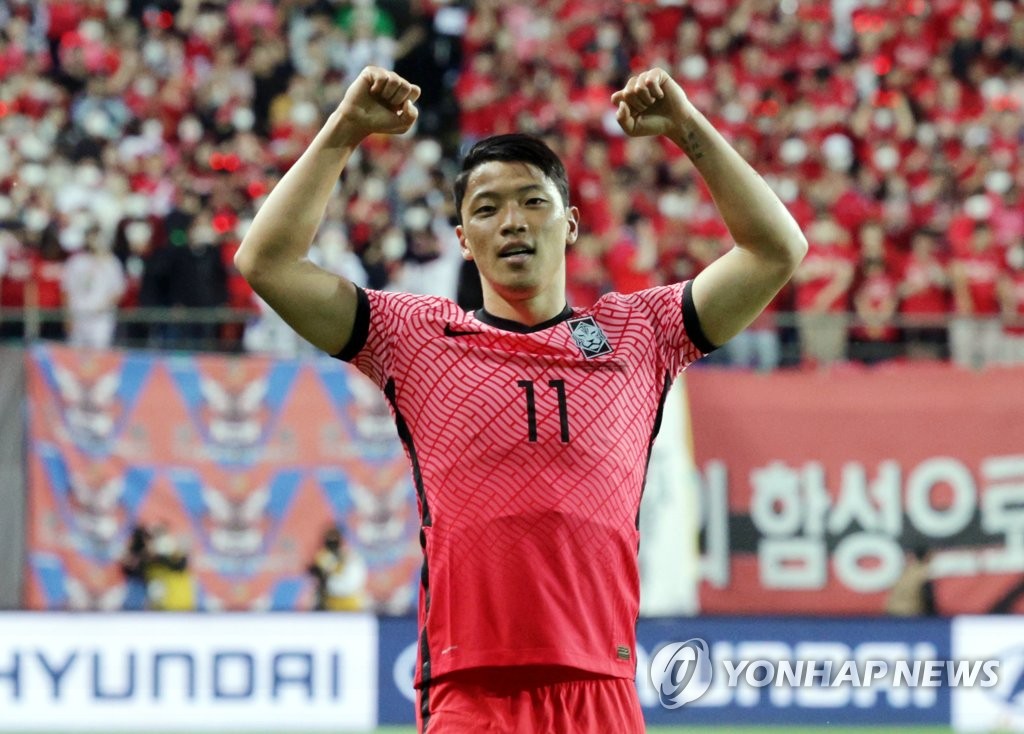 Chile started pushing back, with Marcelino Nunez in the 36th minute and Diego Valencia two minutes later each missing the net to the right from close range.

Benjamin Brereton Diaz came within inches of leveling the score for Chile in the 44th minute, after picking off a mediocre South Korean pass in midfield and rolling his subsequent shot just wide of the left post.

South Korea gained a man advantage just seven minutes into the second half, when Chilean defender Alex Ibacache was sent off with his second yellow card. 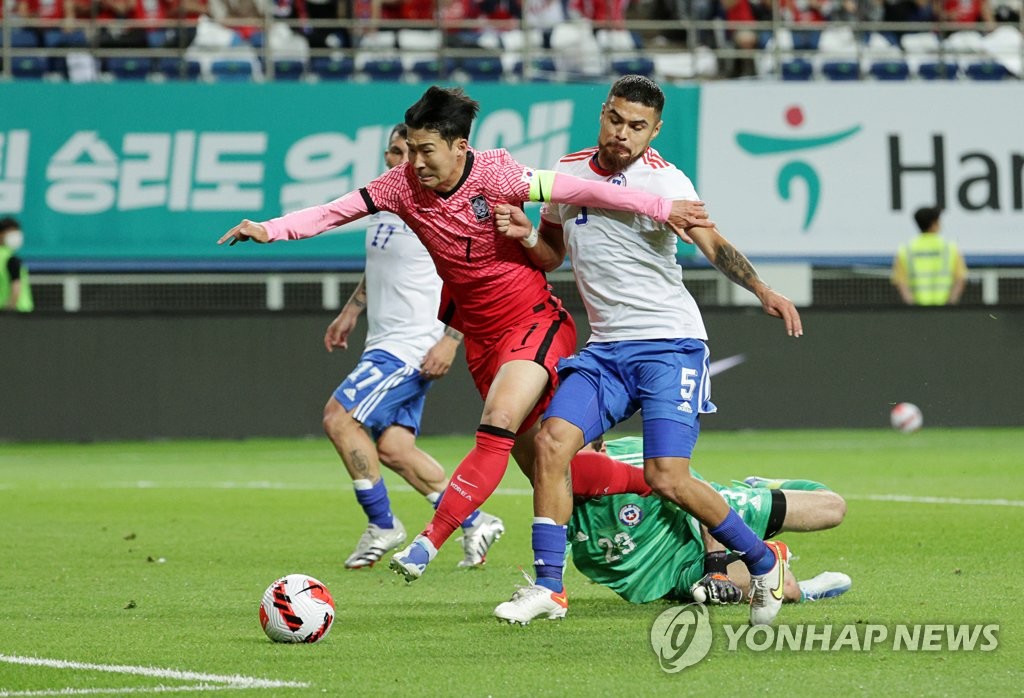 But Chile wouldn't go down without a fight. Brereton Diaz thought he'd headed home the equalizer at the hour mark, only to see an offside call wipe out his goal.

South Korea nearly doubled their lead, courtesy of Son, in the 66th minute after a nifty give-and-go with Jeong Woo-yeong. But Son's left-footed shot from the left side of the box skipped just outside the far post.

Brereton Diaz threatened to score again some seven minutes later as he sped into the box past the napping defense but couldn't put his low shot past goalkeeper Kim Seung-gyu.

Son finally found the back of the net with the clocking ticking down, scoring a gorgeous free kick goal from just outside the box to round out the scoring.

This was the second of four friendly matches that South Korea have scheduled for June, as part of their preparation for the FIFA World Cup in November.

South Korea had lost to Brazil 5-1 last Thursday in Seoul. They will next host Paraguay on Friday in Suwon, some 45 kilometers south of the capital. The final match will be on June 14 against Egypt in Seoul. 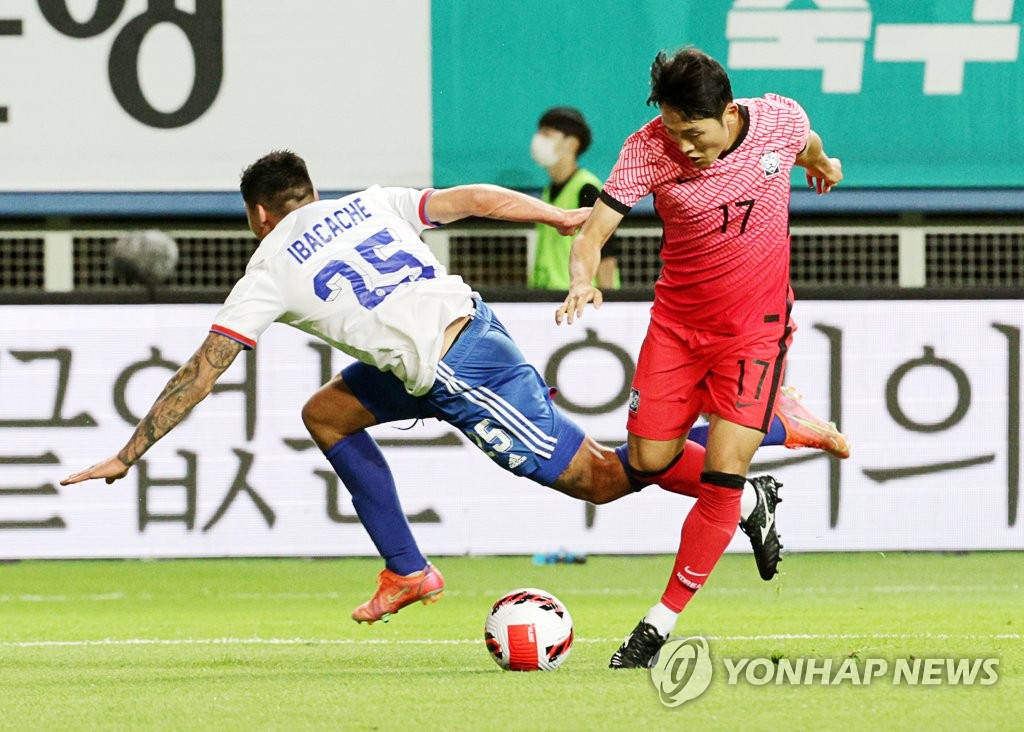