SEOUL, June 7 (Yonhap) -- A senior U.S. diplomat warned Tuesday that North Korea would face a "swift and forceful" response should the recalcitrant regime press ahead with a widely anticipated nuclear test.

Deputy U.S. Secretary of State Wendy Sherman issued the warning after she met with her South Korean counterpart, Cho Hyun-dong, in Seoul, to discuss the North's weekend missile launches and the possibility of it conducting what would be its seventh nuclear test.

"Any nuclear tests would be in complete violation of U.N. Security Council resolutions," Sherman told reporters. "There would be a swift and forceful response to such a test."

Sherman added, "The entire world will respond in a strong and clear manner. We are prepared."

Touching on the North's COVID-19 situation, the U.S. diplomat called on North Korean leader Kim Jong-un to focus on coping with the public health issue "rather than taking provocative and dangerous and destabilizing actions."

However, Sherman reiterated the Joe Biden administration's desire to reengage with the North.

"The United States harbors no hostile intent towards the DPRK. We continue to urge Pyongyang to ceases its destabilizing and provocative activities and choose the path of diplomacy," she said. 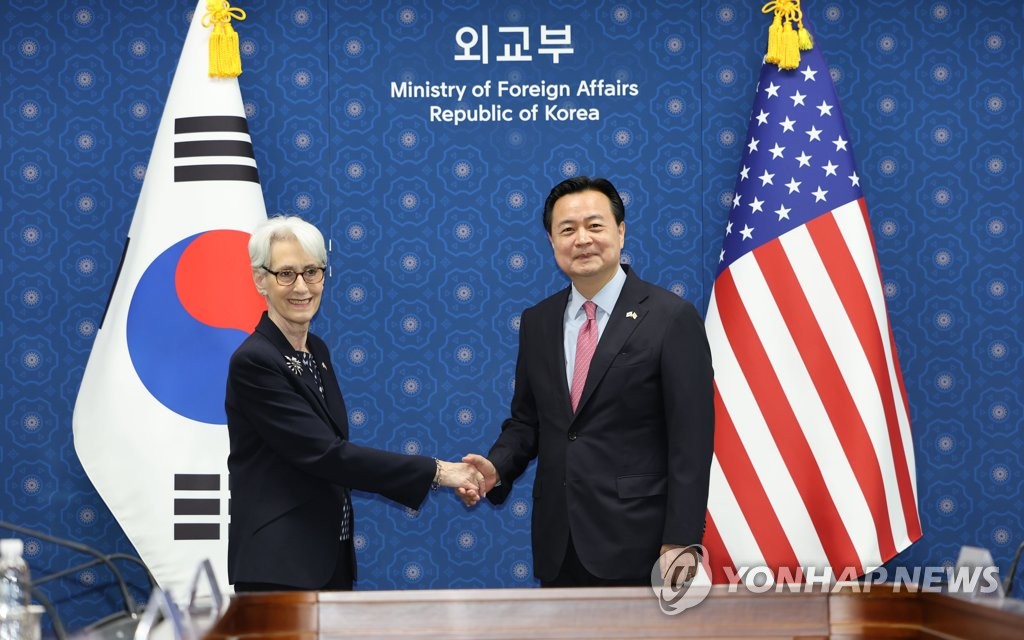