Yoon gave the instruction during a Cabinet meeting, saying semiconductors are a "national security asset" that accounts for 20 percent of the country's total exports.

"We must join forces to create the institutional conditions so that the semiconductor industry will be able to further increase its competitiveness in the future," he said.

"In the semiconductor industry in particular, nurturing an excellent workforce is key," he added.

South Korea has the second-largest share of the global chip market at 19.9 percent, after the United States with 49.8 percent, according to data provided by the presidential office.

On his first stop after arriving in South Korea last month, U.S. President Joe Biden toured a Samsung Electronics chip plant together with Yoon to underscore their commitment to supply chain cooperation.

Yoon referred to that visit during the Cabinet meeting, saying it was "a symbolic demonstration to the world that the United States cannot give up on the Republic of Korea from a security and strategic perspective," according to a presidential official.

The meeting also saw Science Minister Lee Jong-ho give a presentation on semiconductors and their strategic value at Yoon's request.

The president stressed the importance of nurturing talent in advanced industries, saying without such a labor force, "we cannot talk about such a thing as rapid growth."

Speaking to last week's local elections, he also promised to meet with the newly elected mayors and governors at an early date, noting that local governments are an "important partner" in running state affairs.

Yoon called for concerted efforts by the new local governments, the Cabinet and the presidential office to tackle economic challenges, saying the top priority is to stabilize people's living conditions. 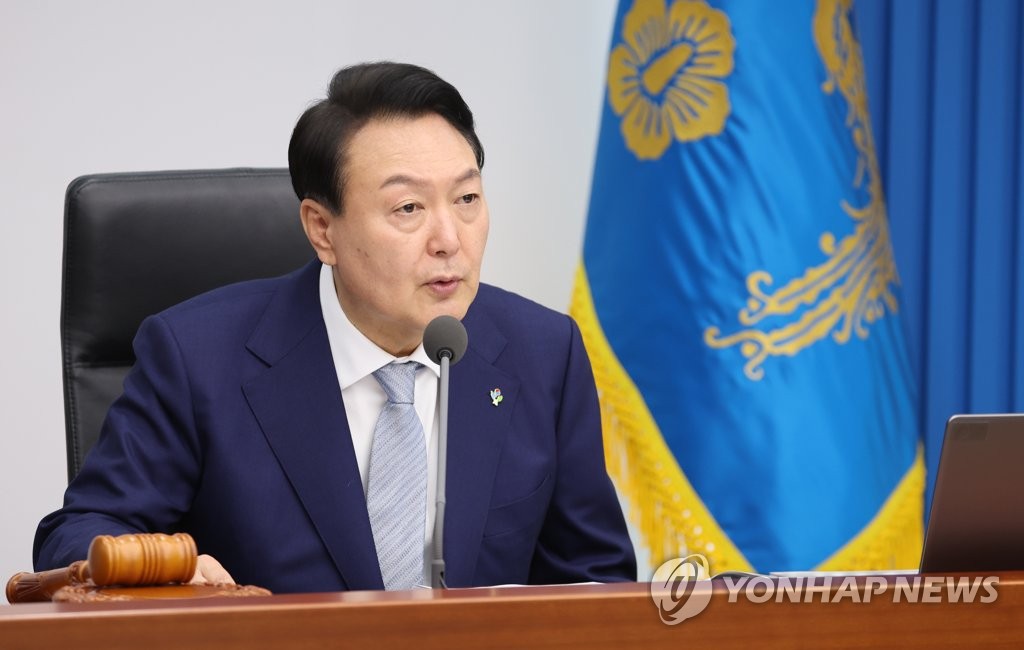