SEOUL, June 7 (Yonhap) -- Having lost one of their foreign starters for multiple weeks with an injury, the Kia Tigers said Tuesday they may end up signing a new pitcher in case of an extended absence.

The Tigers said Sean Nolin, out since May 25 after hurting his left calf during training, will be out for at least for four more weeks. He had been lined up to start on May 26. 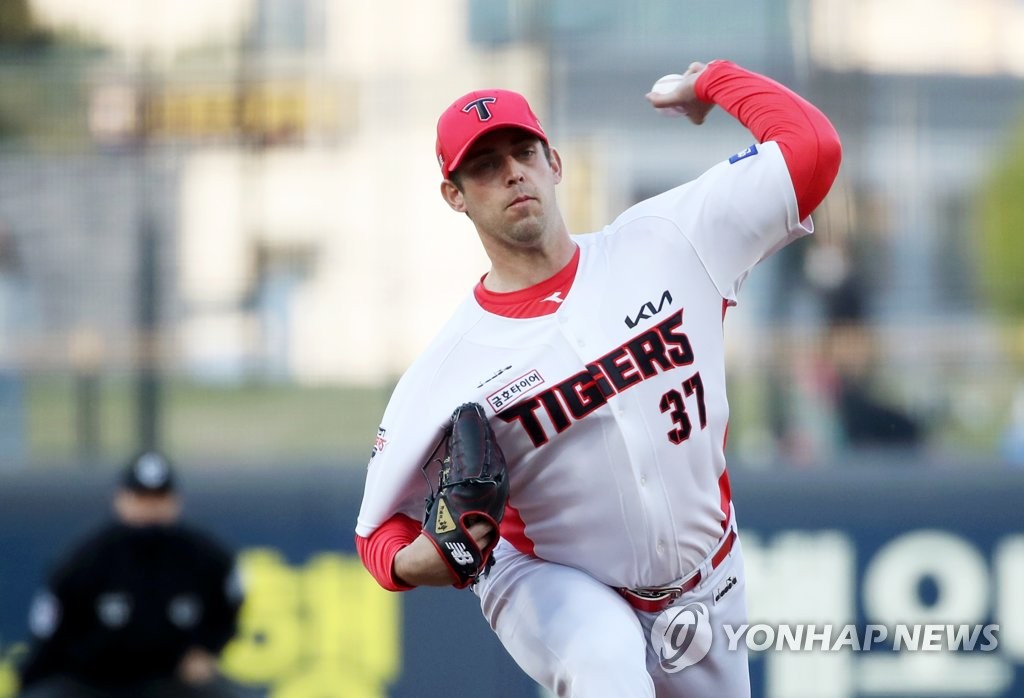 In his first season in the Korea Baseball Organization (KBO), Nolin has gone 2-5 with a 3.53 ERA in eight starts. His most recent outing came on May 20. Nolin has only walked four batters in 43 1/3 innings

The Tigers were initially willing to wait out Nolin's absence. However, with the left-hander's recovery being slower than anticipated while the Tigers have roared into contention, the front office doesn't simply want to sit idly by.

"While we're waiting for Nolin's return, we'll also look for a new foreign pitcher," an official with the Tigers said.

KBO teams can sign up to three foreign players, with a maximum of two pitchers. All 10 teams this season are carrying two starting pitchers and one position player, as has been the case in most years.

The Tigers' other foreign pitcher, Ronnie Williams, has a 3-1 record with a 3.90 ERA in seven starts. He has issued 20 free passes in 32 1/3 innings. His walk rate of 13.4 percent is the second-highest among starters with at least 25 innings pitched this season.

If the Tigers remain patient with Nolin as he tries to return healthy, they may still go find a new pitcher to replace Williams. 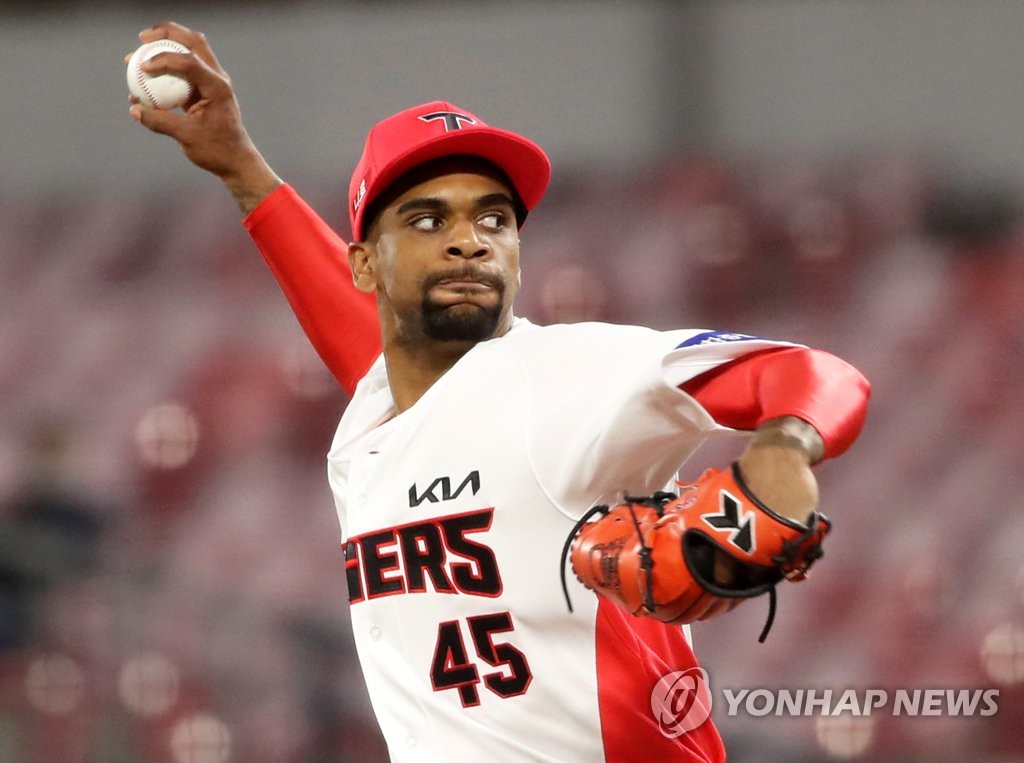 The Tigers finished April in seventh place but jumped to third place by the end of May after posting the league's best record in that month with an 18-8 mark. They have slipped to fourth place but are just half a game behind the LG Twins for third.

Other teams with varying degrees of postseason aspirations have been quick with their triggers on foreign players this year.

The defending champions KT Wiz, hovering below .500 in winning percentage all season, have parted ways with right-hander William Cuevas and outfielder Henry Ramos. Both had been injured and the Wiz weren't going to wait for their return.

The Twins cut ties with underperforming third baseman Rio Ruiz. The Hanwha Eagles, a perennial doormat, have released both of their foreign starters, Ryan Carpenter and Nick Kingham.