The meeting took place on Monday, the third day of Lee's visit to Ukraine as head of a PPP delegation of about 10 people, including lawmakers, the party said in a press release without providing details, such as the meeting place, due to security reasons.

During the meeting, officials from Ukraine's presidential office were said to have asked for military aid and made proposals on South Korea's participation in post-war reconstruction projects of war-torn cities.

Lee told the Ukraine officials he will deliver what they said to President Yoon Suk-yeol.

"We also went through a difficult war in the past and I believe the difficulty can be overcome in a similar way," Lee was quoted as saying. "What is urgently needed is international solidarity centered on freedom and peace." 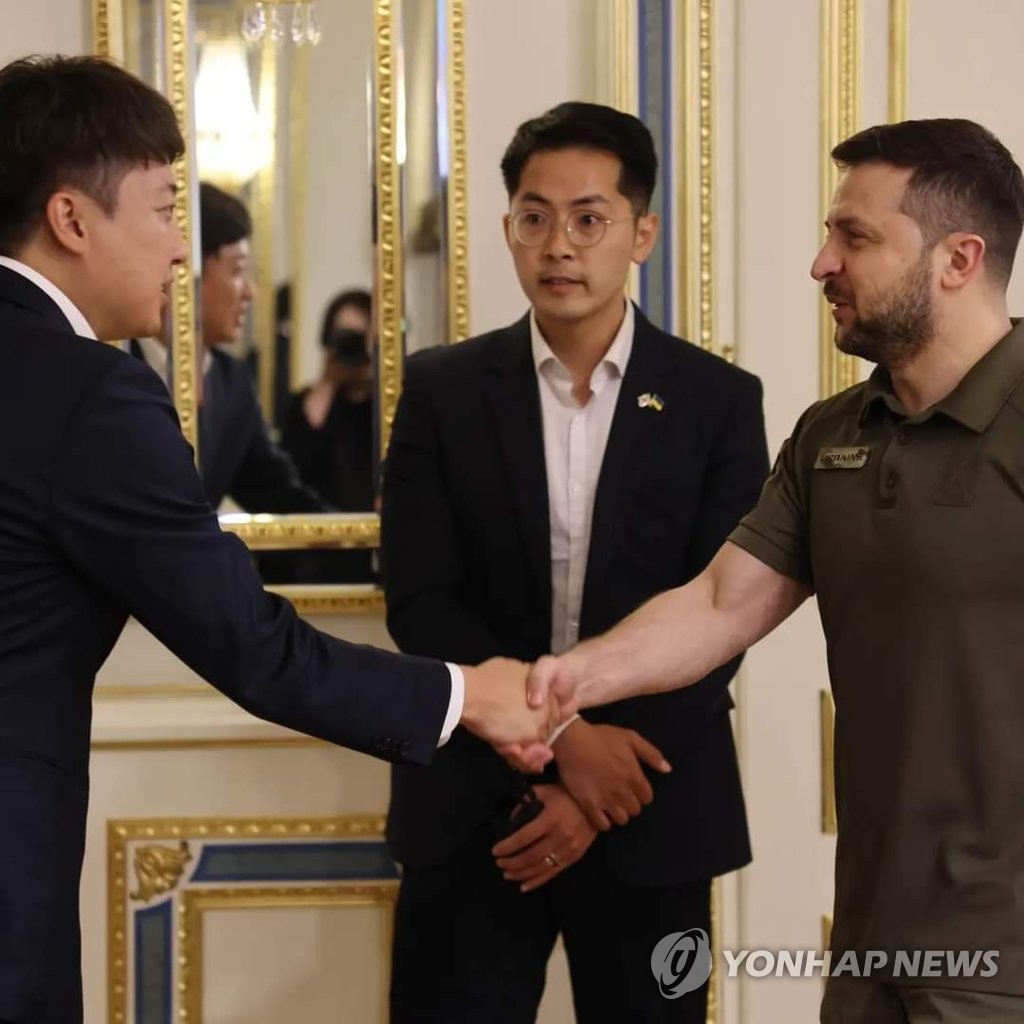 On the same day, the PPP delegation also met with Oleksandr Korniyenko, the chief deputy speaker of the Ukrainian parliament, and other parliamentary officials.

Lee and Korniyenko discussed how South Korean companies with advanced technologies can provide "practical support" to rebuild Ukraine, according to the press release.

"The South Korean government has already provided US$10 million in humanitarian aid, but we are reviewing additional support considering the situation in Ukraine," Lee said.

The PPP delegation entered Ukraine from Poland on Saturday and plans to return home later this week.