SEOUL, June 8 (Yonhap) -- With more action and a more coherent and solid story to its credit, "The Witch: Part 2. The Other One" is more enjoyable and endearing than the original.

This supernatural action flick broadened the franchise's appeal by telling the backstory of how Ja-yoon (Kim Da-mi), a teenage girl in the first part, was genetically created in a lab to be a child soldier, and introducing a handful of new characters intertwined with one another in the same universe.

Fans will probably hang on now for the release of the final part of the trilogy and more chapters. Although its writer-director Park Hoon-jung initially said he plans to make the series into a trilogy, he recently unveiled a desire to produce as many follow-ups as possible if he can afford to because he has told only a tiny part of the story. 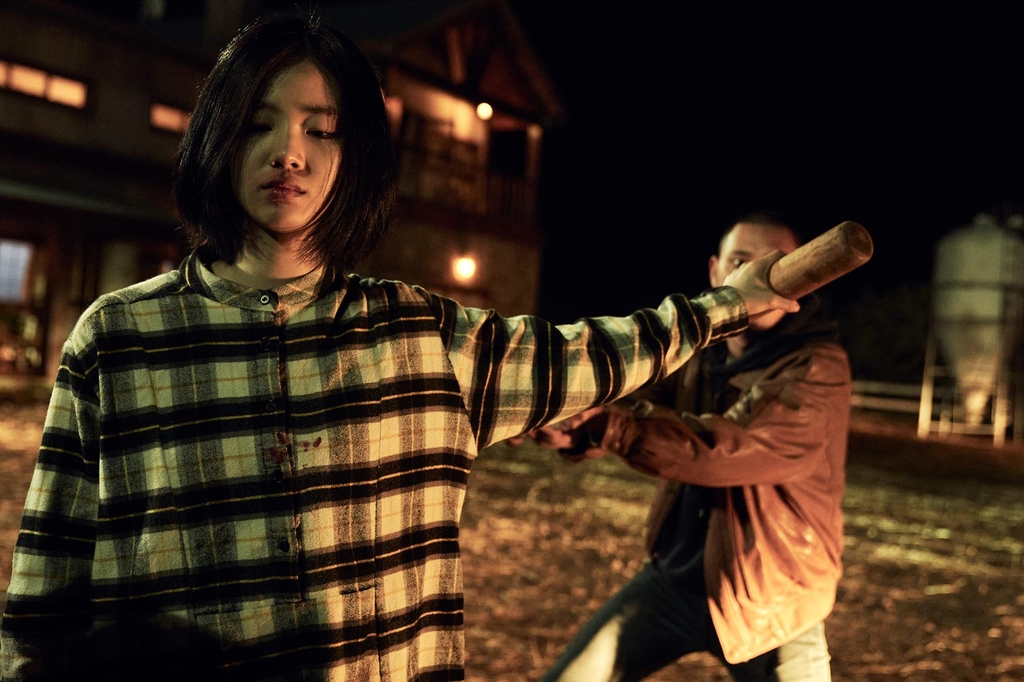 The first film, "The Witch: Part 1. The Subversion," released in 2018, was acclaimed by critics for its smart story, stylish and gripping action, and the magnetic performance by the then relative newcomer Kim. It also made a small box-office success with 3.18 million viewers, drawing plenty of interest in further chapters in this story.

But the sequel does not have Kim among the main cast. It, instead, is led by Ja-yoon's twin sister (novice actress Shin Si-ah) who was also created as part of a secret genetic engineering project code-named "witch." Unlike the original that does not have much witchcraft, the witch in the sequel may be a better fit for the franchise's title since she uses more supernatural powers to repel enemies than Ja-yoon.

The only flaw in Park's otherwise imaginative screenplay for the sequel is the lack of any formidable villains, which results in lessening the thrill in the climax combat sequence. 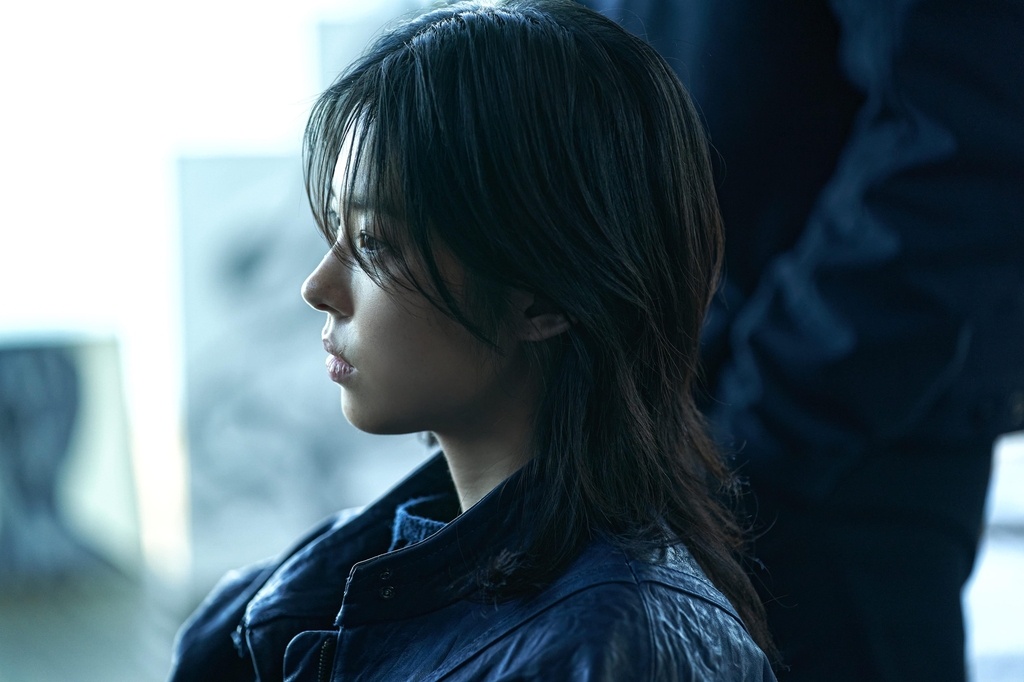 After the secret lab where the "witch" project is under way in South Korea's southern resort island of Jeju is attacked by a mysterious group of intruders, Ja-yoon's twin sister escapes from the facility as the only survivor.

The teenage subject who does not even have a name runs into Kyung-hi (Park Eun-bin) while running away, and comes to live together with her and her younger brother Dae-gil (Sung Yoo-bin) at a cattle farm and gradually adapts to a normal life with their help.

Being the project's first-ever "perfect" prototype, however, the gifted girl is pursued by three different factions with different purposes. They are Jo-hyun (Seo Eun-soo), a former elite military sniper hired by the company behind the project; Mr. Jang (Lee Jong-suk) in charge of managing the facility; and four gifted assassins dispatched from a Shanghai lab of the international project. 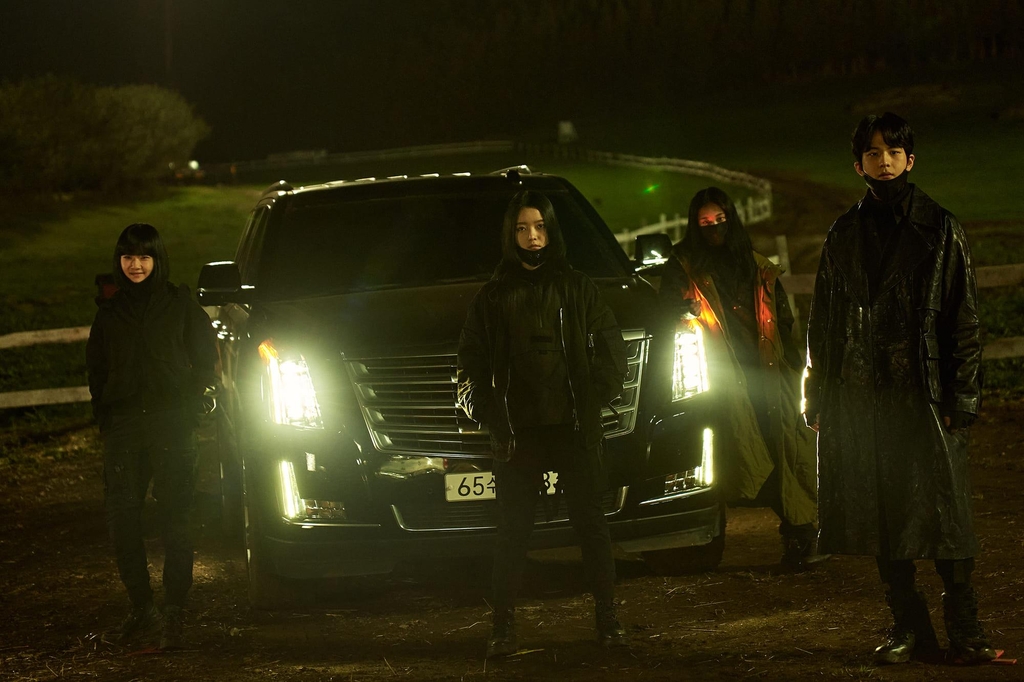 Jo-hyun visits Jeju with her foreign teammate upon a private request from the project's mastermind, Baek Chong-gwal (the twin sister of professor Baek in the first installment), to kill the runaway experimental subject. Cho Min-soo, star of director Kim Ki-duk's award-winning "Pieta," took a double role as the steely professor Baek in the first part and mild-tempered and artistic Baek Chong-gwal in the sequel.

Besides them, Yong-du (Jin Goo), a local thug who is in dispute with Kyung-hi's family over the ownership of the farm, also pursues the teenage girl for money after learning about her formidable supernatural power.

With the first installment, the sequel is likely to earn a place in Korean film history as rare female-fronted action thrillers. But Shin was not as impressive as Seo Eun-soo or the female leader of the four-member Chinese assassin group as far as action is concerned.

The film opens in local theaters next Wednesday. 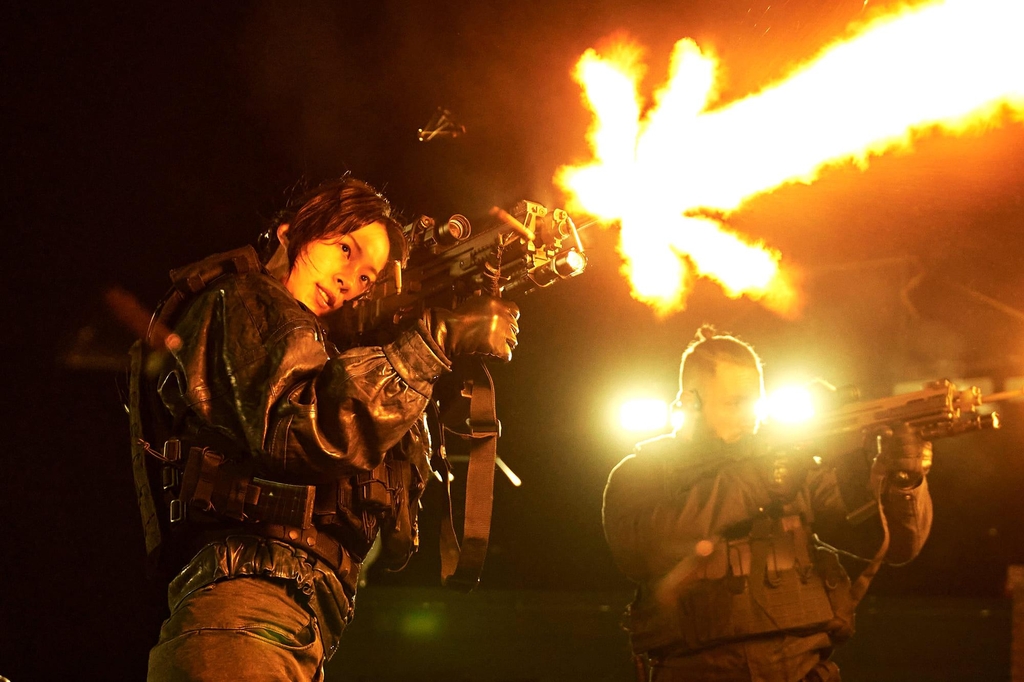