SEOUL, June 8 (Yonhap) -- Seungri, the disgraced former member of K-pop boy band BIGBANG, will be discharged from the military later this week to serve a prison term in a civilian correctional facility for prostitution mediation and other offenses, military officials said Wednesday.

His release from the Army, set for Thursday, comes after the Supreme Court finalized his 1 1/2-year prison term last month in a burgeoning scandal that roiled the K-pop industry in 2019.

Seungri, whose real name is Lee Seung-hyun, is currently in a military prison in Icheon, 80 kilometers south of Seoul. Upon the discharge, he will be transferred to a nearby civilian facility in Yeoju, 105 kilometers south of the capital, the officials said.

Lee's military service was initially set to end in September last year. But his discharge was put on hold pending the judicial proceedings.

His prison term is set to end in February next year. 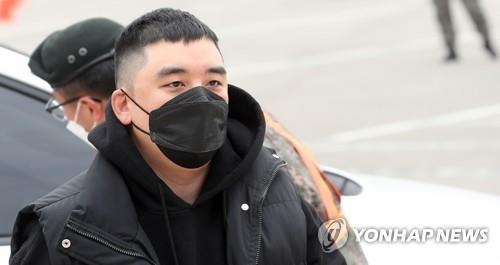