SEOUL, June 8 (Yonhap) -- Veteran actor Song Kang-ho said Wednesday he was able to participate in many award-winning projects by renowned filmmakers, like Bong Joon-ho and Hirokazu Kore-eda, because he is not handsome.

With more than 30 years of experience under his belt, Song has become a household name in South Korea, well known for his eclectic acting style and a wide spectrum of roles.

He has also starred in several Cannes-winning titles, including Bong's "Parasite" (2019) and Park Chan-wook's "Thirst" (2009), and "Secret Sunshine" (2007), which earned Jeon Do-yeon best actress that year.

This time, he was cast in "Broker," a Korean-language project written and directed by Japanese auteur Korea-eda, who won the Cannes' top honor of Palme d'Or for "Shoplifters" in 2018. "I know many people are curious about this. I think it is because I'm not handsome," he said in a media interview. "Filmmaking is part of presenting and looking into our lives, neighbors and ourselves. I think those famous directors may want to tell their stories through an ordinary-looking man."

"Broker," Kore-eda's latest family-themed drama, is about people on a road trip searching for possible adoptive parents of a newborn left at a baby box. Song plays Sang-hyun, who steals an unattended infant left by its parents at a baby box and sells it to parents who need babies.

Song won the Best Actor prize at this year's Cannes, his first acting award from the film festival after his six previous visits. His last Cannes project was "Parasite," which won the top honor in 2019, and he served as a jury member at last year's Cannes. 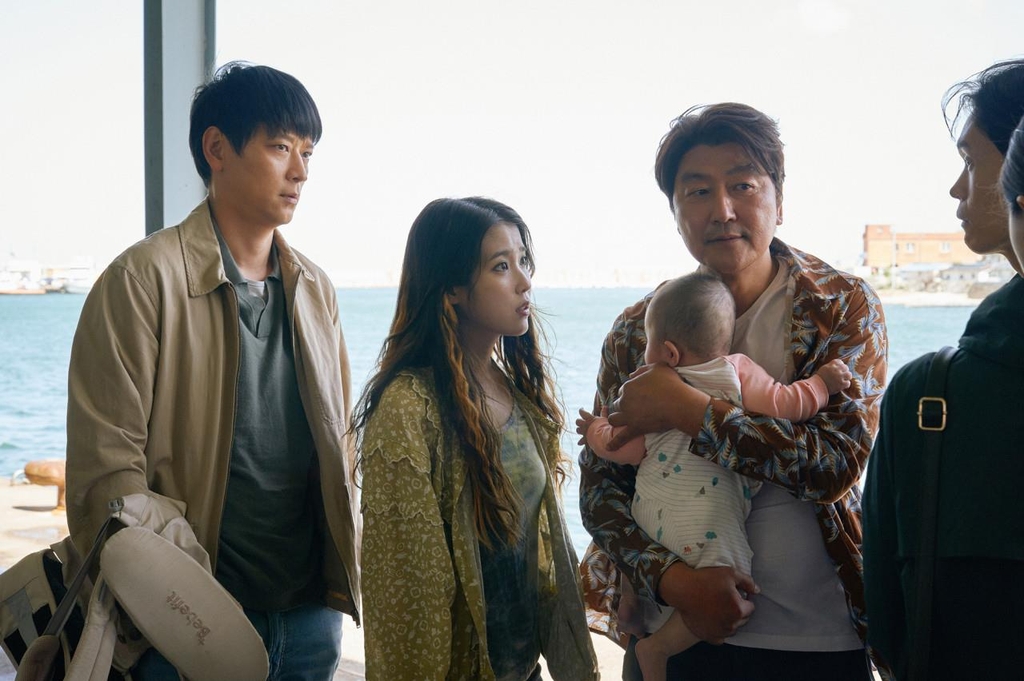 During the filming of "Broker," Song also played another role in helping the Japanese helmer catch the delicate nuance of Korean language.

"I told him about a slight degree of differences in meaning, feeling or tone when I act," he said. "It was just a small piece of advice given to the Japanese director, who may miss those nuances. It's not a big deal."

The 55-year-old actor, who started his career as a theater actor in the late 1980s, said an award or words of praise are hardly an emotional rollercoaster for him.

"There will be no actor who performs in order to go to a film festival or get an award," he said. "I shared the honor with directors Park and Bong, and actress Jeon, but I didn't go to Cannes with a goal to win a prize."

Still, he is not satisfied with his performance and wishes he had made more efforts from the beginning.

"I always think I needed more or I should have done better," he said. "If I go back to the past to when I started my acting career on stage, I want to say to myself, 'Do more and better.'"