SEOUL, June 8 (Yonhap) -- The Organization for Economic Cooperation and Development (OECD) on Wednesday sharply raised its 2022 inflation outlook for South Korea to a 24-year high of 4.8 percent, citing soaring energy costs amid the protracted war between Russia and Ukraine.

The Paris-based organization's latest projection marked a 2.7 percentage-point hike from its December estimate of 2.1 percent. It also revised up its 2023 inflation outlook for the nation to 3.8 percent from 1.5 percent.

The OECD's 2022 estimate would mark the fastest on-year rise since 1998, when South Korea's inflation soared 7.5 percent.

The projection is higher than the Bank of Korea (BOK)'s 4.5 percent estimate and the International Monetary Fund (IMF)'s 4 percent forecast. The BOK aims to keep annual inflation at 2 percent over the medium term.

The OECD also cut its 2022 growth outlook for the South Korean economy to 2.7 percent from its earlier forecast of 3 percent and lowered next year's growth forecast for Korea to 2.5 percent from 2.7 percent.

The BOK and the IMF expected Asia's fourth-largest economy to expand 2.7 percent and 2.5 percent, respectively, in 2022. 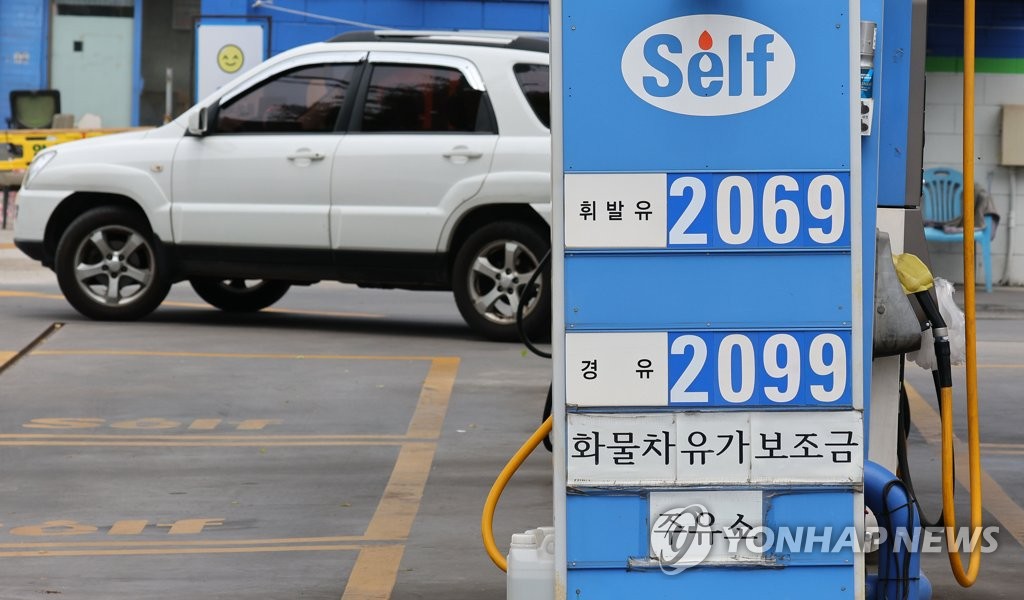 The OECD's latest assessments came amid concerns the global economy faces a greater risk of stagflation, a mix of slumping growth and high inflation, amid the Ukraine crisis.

Despite its downward revision of growth outlook, the OECD said South Korea's private spending will likely recover on the back of the lifting of virus curbs and the latest extra budget, and investment is set for "solid" growth.

"The recovery in consumption is nonetheless expected to be gradual, as inflationary pressures from commodity prices and supply chain disruptions are being passed on to consumers," the organization said in a statement.

The South Korean economy has been on a recovery path on the back of robust exports and improving private spending. But heightened economic uncertainty and rising inflation are feared to undercut economic growth.

The country's gross domestic product (GDP) grew at a slower pace than previously expected in the first quarter as investment and spending weakened. The GDP rose 0.6 percent on-quarter in the January-March period, slowing from a 1.3 percent on-quarter gain in the fourth quarter of last year.

South Korea faces mounting inflationary pressure, as fuel and food prices have surged due to the Ukraine crisis and global supply chain disruptions. Demand-pull inflation also rose due to the economic recovery.

The country's consumer prices rose at the fastest clip in almost 14 years in May. Consumer prices jumped 5.4 percent on-year last month, accelerating from a 4.8 percent spike in April.

"Inflation is set to remain elevated, based on the assumption that the embargo on Russian oil pushes up global oil prices in 2023," the OECD said.

The organization recommended the BOK continue to hike the policy rate "to keep inflation expectations anchored."

Last month, the BOK raised the key interest rate by a quarter percentage point to 1.75 percent, the fifth rate hike since August last year, to put a lid on inflation and curb household debt. The central bank is widely expected to further raise the borrowing costs in the coming months.

The OECD also recommended the Korean government provide target support to vulnerable people with fiscal spending, a move that will help "contain inflation and structural weaknesses."

Meanwhile, the OECD lowered this year's growth forecast for the global economy to 3 percent from its previous estimate of 4.5 percent, citing the fallout of the Ukraine crisis and China's COVID-19 shutdowns.