SEOUL, June 9 (Yonhap) -- President Yoon Suk-yeol said Thursday he does not believe former President Lee Myung-bak should be kept in prison for decades, given similar instances in the past.

Speculation has grown that Lee, who is serving a 17-year prison sentence for corruption, could be pardoned on the occasion of Liberation Day on Aug. 15, after the 81-year-old former president reportedly filed for a suspension of his sentence over health issues last week.

"Don't you think it isn't right to have him imprisoned for 20-something years?" Yoon told reporters as he arrived at the presidential office, citing "past precedent."

Other former presidents who were imprisoned were granted special pardons before completing their sentences, including most recently, Park Geun-hye.

On Wednesday, Yoon said the question of pardoning Lee was "not an issue to talk about now." 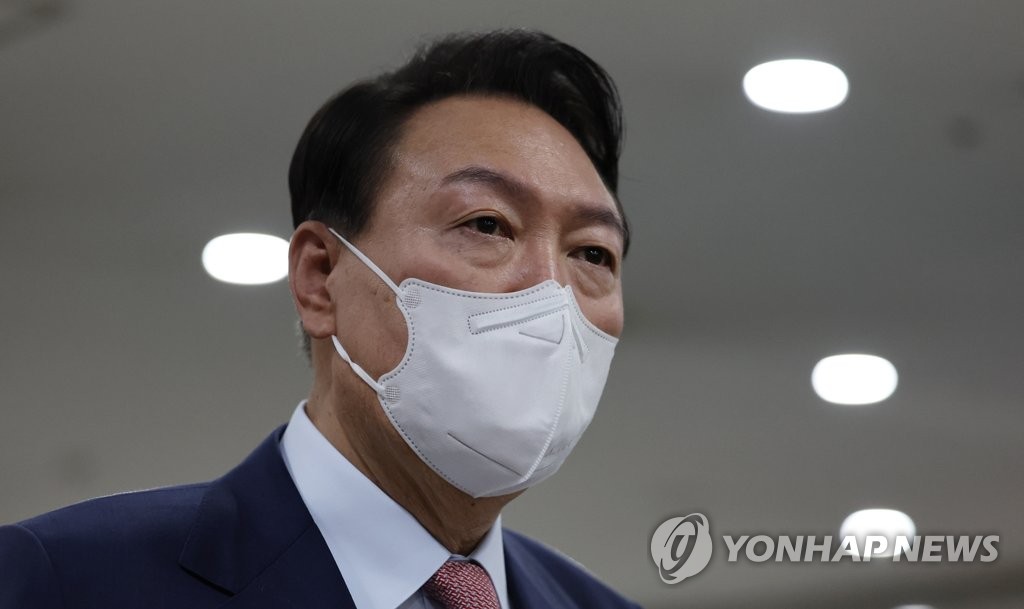 Yoon says 'not right' to keep ex-President Lee in prison

Yoon says 'not right' to keep ex-President Lee in prison