SEOUL, June 9 (Yonhap) -- SK hynix Inc. said Thursday it has begun mass production of a high-end product known as the world's fastest DRAM and will supply it to American graphics-chip maker Nvidia.

The latest DRAM "comes with the biggest capacity and significantly improved level of quality," the company said in a statement, adding HMB3 enables 163 full-HD movies with 5 gigabites each to be transmitted in a single second.

The company expected HMB3 to be used in high-performance data centers and machine learning platforms that need higher levels of artificial intelligence and supercomputing performance.

Nvidia, based in Santa Clara, California, is the U.S.' largest chipmaker by market value.

Nvidia has recently finished its performance review of HMB3 and will use it in its latest graphic processor unit, the H100, which is expected to be launched in the third quarter, according to SK hynix.

SK hynix said it will ramp up production of the HMB3 in line with Nvidia's product launch schedule. 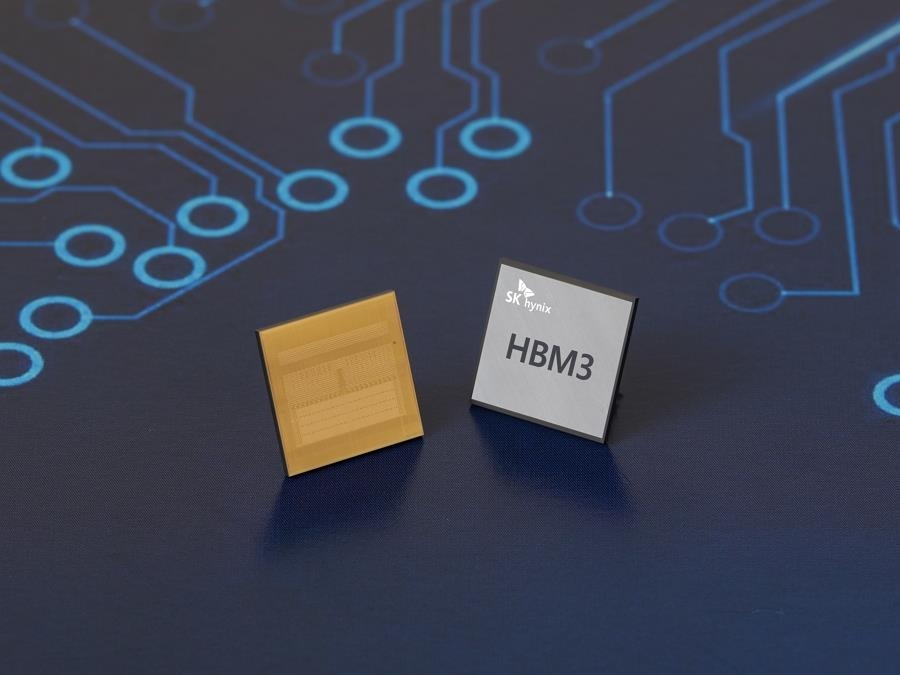