About 8,100 out of 22,000 members of the Cargo Truckers Solidarity joined the third day of the strike that began Tuesday, the transport ministry said.

Striking cargo truckers refused to deliver automotive parts to Hyundai's five plants in Ulsan from 2 p.m. Wednesday, causing a disruption of vehicle output due to a lack of auto components.

Hyundai produces about 6,000 units of 17 kinds of vehicles a day at its five plants in Ulsan, an industrial city located about 410 kilometers southeast of Seoul. The models include the Genesis GV80 SUV and the Hyundai IONIQ 5 all-electric model.

The company didn't quantify the production losses caused by the truckers' walkout.

Hyundai has seven domestic plants in South Korea and 11 overseas plants -- four in China and one each in the U.S., the Czech Republic, Turkey, Russia, India, Brazil and Indonesia. Their combined capacity reaches 5.65 million vehicles.

The truckers demand the government extend a freight rate system meant to guarantee their basic wages amid soaring diesel prices.

President Yoon Suk-yeol called for dialogue to resolve the strike, but he warned against violent actions that break the law.

More than a dozen union members were taken into police custody Wednesday for obstructing the operation of cargo trucks at sites across the country. No scuffles were reported Thursday.

The transport ministry said the collective action has not caused major disruptions to the country's logistics, but the volume of shipping containers entering and leaving at major ports, including Incheon and Busan, has fallen sharply. 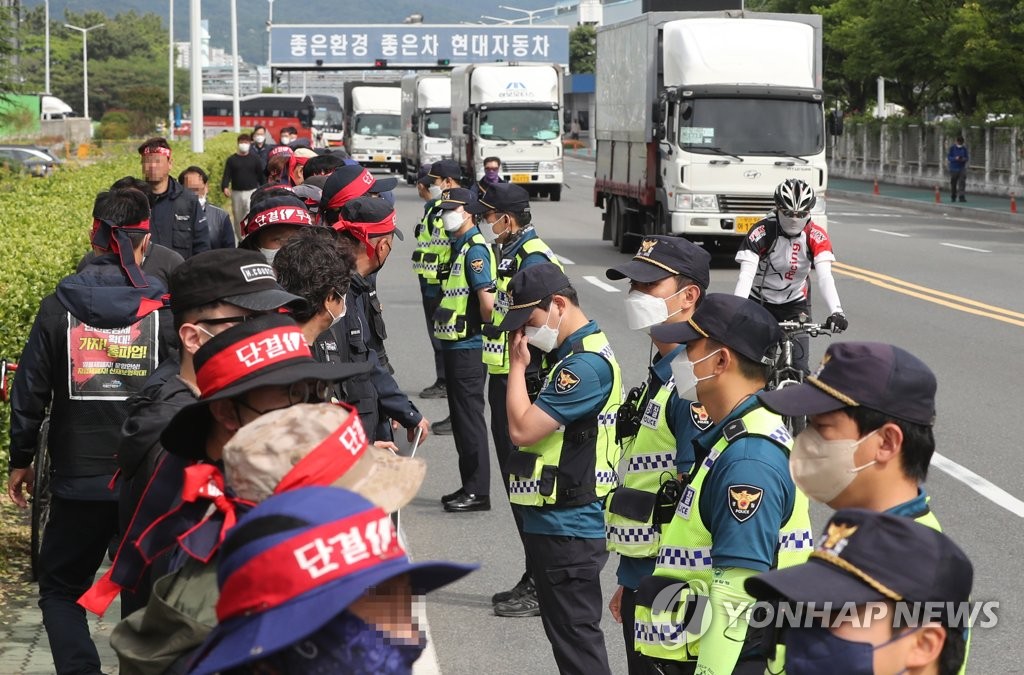