SEOUL, June 9 (Yonhap) -- President Yoon Suk-yeol said Thursday that under no circumstance will violence be allowed in an ongoing nationwide strike by cargo truckers.

Thousands of unionized truckers have been on strike since Tuesday to demand solutions to their rising costs amid soaring fuel prices.

"Things that can be resolved through dialogue will have to be resolved," Yoon told reporters as he arrived at the presidential office, referring to talks led by the transport ministry.

"But under no circumstance will people accept violent actions that break the law in a law-governed country," he said.

More than a dozen union members have been taken into police custody for obstructing the operation of cargo trucks at sites across the country.

Earlier this week, Yoon reiterated his position that illegal actions by either employers or workers should be handled in accordance with the law. 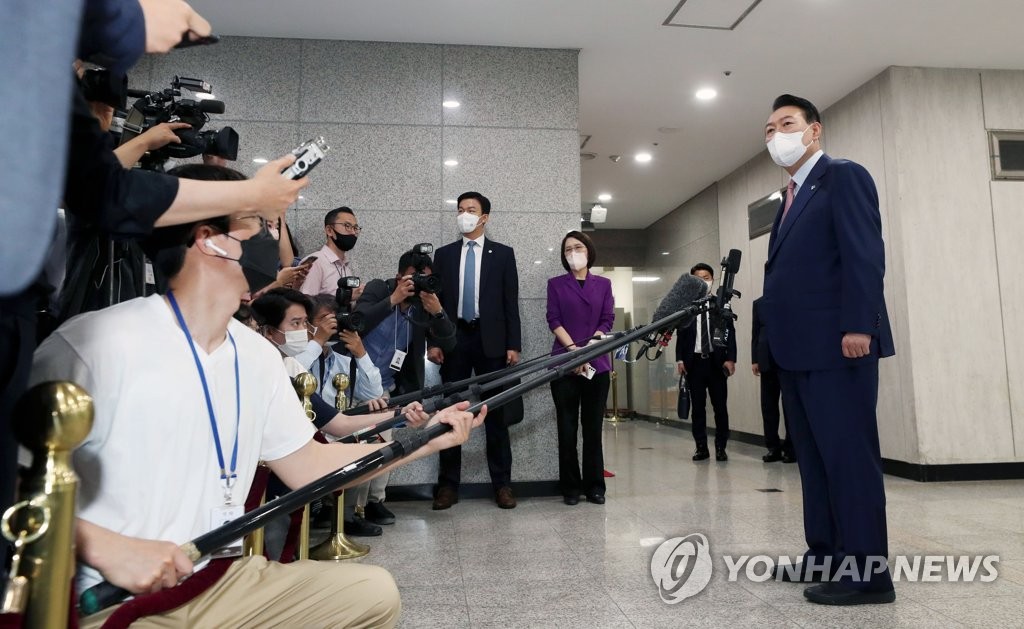