SEOUL, June 9 (Yonhap) -- The average prices of gasoline and diesel in South Korea hit over 2,040 won (US$1.62), data showed Thursday, as tight global supply continued to drive up fuel costs amid Russia's war with Ukraine.

The average retail price of gasoline had stood at 2,047.19 won per liter as of 4 p.m., Wednesday, up 5.15 won from the previous day, according to Opinet, a website operated by the state-run Korea National Oil Corp.

The price of gasoline breached the 2,000-won mark on March 15, the first time in more than nine years. It briefly fell below 2,000 in April, before bouncing back late last month.

Observers say the price of gasoline could soon break its previous record high of 2,062.55 won logged in April 2018.

The continued uptrend in fuel prices is attributable to the supply shortage of petroleum products triggered by Russia's invasion of Ukraine and subsequent international sanctions on Moscow, a major energy exporter in the world.

The prices of gasoline and diesel have risen by 420 won and 600 won, respectively, since the beginning of this year, representing a 26.1 percent and a 41.6 percent increase.

In late May, the South Korean government expanded the fuel tax cut rate from 20 percent to 30 percent, but it has had little effect on reining in the price hikes. 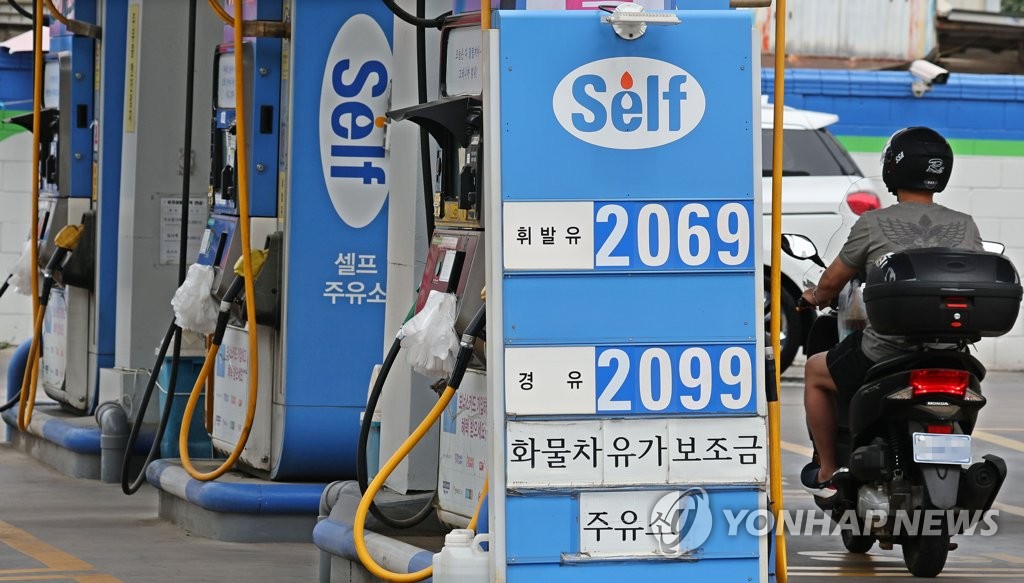 Prices of gasoline, diesel hit over 2,040 won amid Russia-Ukraine war

Prices of gasoline, diesel hit over 2,040 won amid Russia-Ukraine war