SEOUL, June 10 (Yonhap) -- A total of 30 striking truckers have been taken into police custody since the start of the walkout for allegedly obstructing the business of non-striking trucks and other charges, officers said Friday.

The members of the Cargo Truckers Solidarity, under the wing of the Korean Confederation of Trade Unions, have been apprehended across the country since the union began the walkout to demand the government extend a freight rate system guaranteeing basic wages for truck drivers to cope with surging fuel costs.

According to the National Police Agency (NPA), four union members were arrested on the first day of the walkout for allegedly blocking cargo trucks from entering a petrochemical complex in the southeastern industrial city of Ulsan.

On Wednesday, 15 were taken into custody on charges of blocking cargo trucks from entering the plant operated by the country's leading beverage company, Hite Jinro Co., in Icheon, some 50 kilometers southeast of Seoul, it said.

The union is demanding an extension of the Safe Trucking Freight Rates System designed to prevent dangerous driving and guarantee minimum freight rates for truck drivers. The system, introduced for a three-year run in 2020, is scheduled to end Dec. 31. 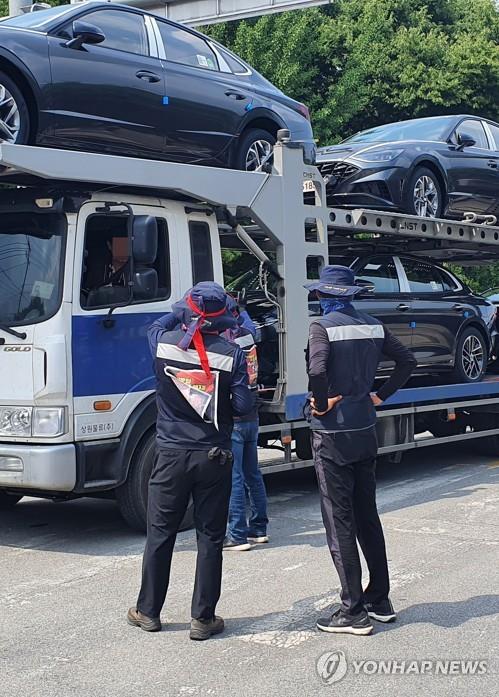