SEOUL, June 10 (Yonhap) -- President Yoon Suk-yeol said Friday that disputes between labor and management should be resolved among themselves without government intervention.

Yoon made the remark as thousands of unionized cargo truckers continued a nationwide strike for the fourth day to demand basic wage guarantees amid soaring fuel prices.

"Only when the government sticks to the law and principles and remains neutral, do I believe labor and management will be able to build the capacity to freely resolve their issues on their own," he told reporters as he arrived for work.

"I have a lot of doubts about whether the government's position or intervention until now was desirable for the establishment of labor-management relations and culture," he said.

Yoon rejected criticism that his "hostile" policy toward workers was fueling the tensions, asking, "Don't you think someone who is hostile toward laborers would not be able to become a politician?"

The president has commented several times on the strike this week, saying under no circumstance will violence be allowed and that any illegal actions by either employers or workers should be handled in accordance with the law. 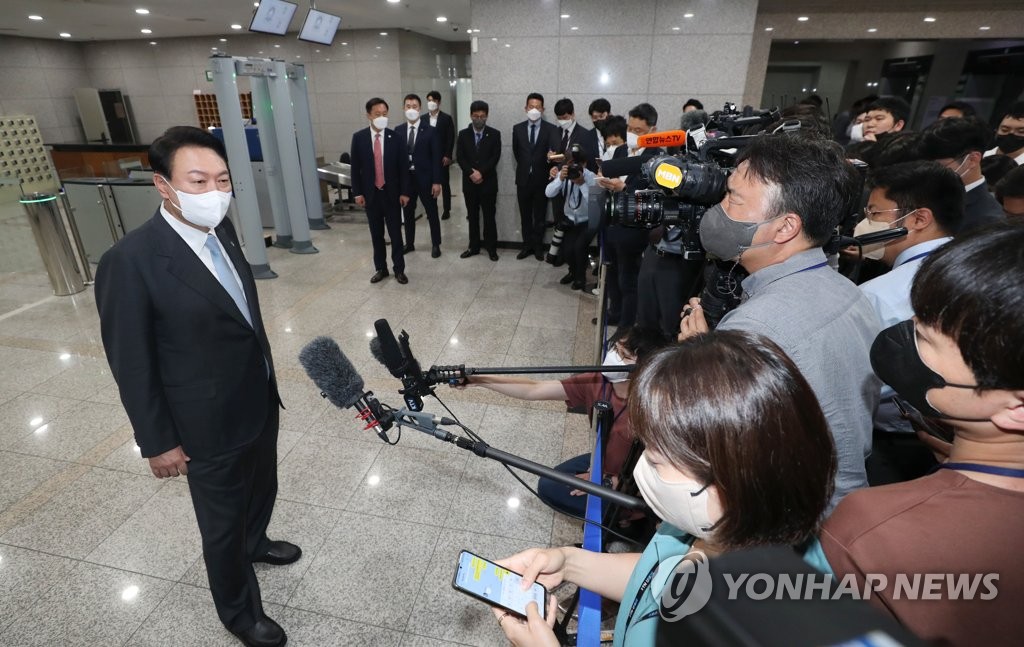