SEOUL, June 10 (Yonhap) -- South Korean Foreign Minister Park Jin met with a group of foreign ambassadors Friday for discussions on the Korean Peninsula issue, according to his ministry Friday.

They included members of the Korean Peninsula Club, a consultative channel of the ministry and 20 foreign ambassadors based in Seoul, who double as top envoys to North Korea.

Also joining the meeting held at the minister's office were members of another club, the Peace Club, of diplomats from countries with permanent diplomatic missions in Pyongyang, as well as in Seoul.

Park told them the key to the Yoon Suk-yeol administration's North Korea policy is to make the North realize "it has nothing to gain and only to lose from its nuclear and missile programs."

He added the government will keep sending such a message on the basis of strengthening deterrence and strictly implementing the U.N. Security Council resolutions.

The minister reaffirmed that Seoul leaves the door open for dialogue with Pyongyang, as it is prepared for a "bold plan" to help its neighbor.

In 2014, the ministry launched both clubs as part of efforts to strengthen cooperation with the international community on the North Korea issue and pool ideas on bringing lasting peace to the peninsula.

Meanwhile, Park plans to make a four-day trip to Washington, D.C., from Sunday for talks with Secretary of State Antony Blinken, slated for Monday, on the allies' coordinated response to North Korea, the ministry said. 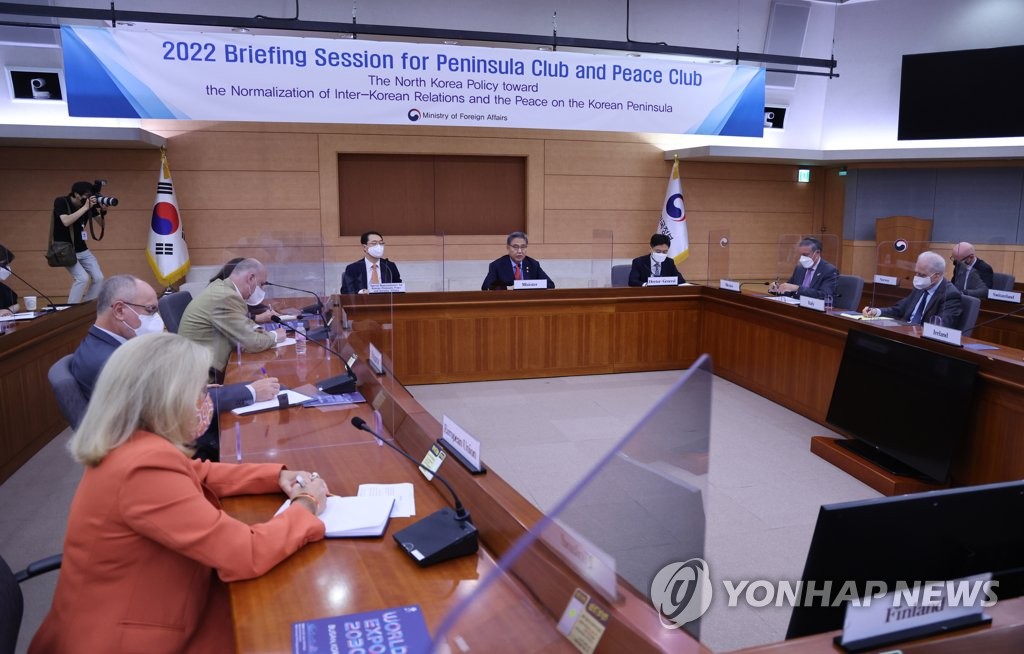