SEOUL, June 10 (Yonhap) -- North Korea has not yet made public the details of the latest major ruling Workers' Party meeting in what the South Korean government views as a highly unusual move

On Thursday, the North's state media reported that the fifth enlarged plenary meeting of the party's eighth Central Committee kicked off in Pyongyang the previous day with leader Kim Jong-un in attendance.

As of Friday morning, however, the official Korean Central News Agency and other North Korean media outlets have not carried articles on the session, while the outside world is monitoring the possibility of a new message from the secretive regime especially in relation to inter-Korean relations, stalled denuclearization talks with the United States or its reported plan for another nuclear test.

South Korea's Ministry of Unification pointed out that it is "unusual" for the North to stay silent on the plenary meeting.

"This marks the first time North Korea has not reported (quickly) on the development of the plenary meeting of the party's central committee since leader Kim Jong-un took power," Cha Duck-chul, the ministry's deputy spokesperson, told a regular press briefing. 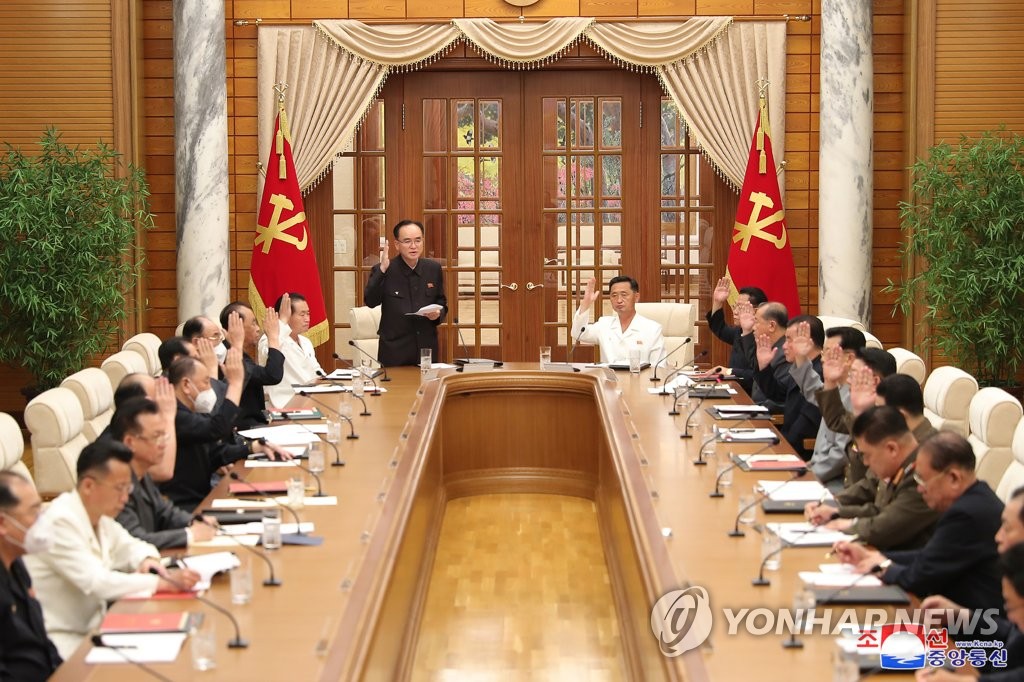