DAEGU, June 10 (Yonhap) -- Stab wounds have been found on the bodies of two people killed in a deadly arson attack in the southern city of Daegu, prompting police to seek autopsies to determine the exact cause of their deaths, officials said Friday.

The fire broke out at an office building in Daegu, about 300 kilometers south of Seoul, a day earlier, killing seven people, including a lawyer and five employees from the same law office on the building's second floor.

Police have pinpointed a 53-year-old man as a suspected arsonist responsible for the blaze based on CCTV footage, and said he was among those killed at the scene.

According to police officials, stab wounds were found on the bodies of the lawyer and one of the dead employees in a preliminary examination conducted Thursday.

A weapon was also found at the scene, the officials said, adding police will conduct autopsies to determine the exact cause of the deaths.

"We have yet to confirm whether the fire was responsible for the deaths, or the stab wounds had been the direct cause," an official said.

Police suspect the alleged arsonist set fire to the lawyer's office in anger over his loss in a lawsuit handled by the office. 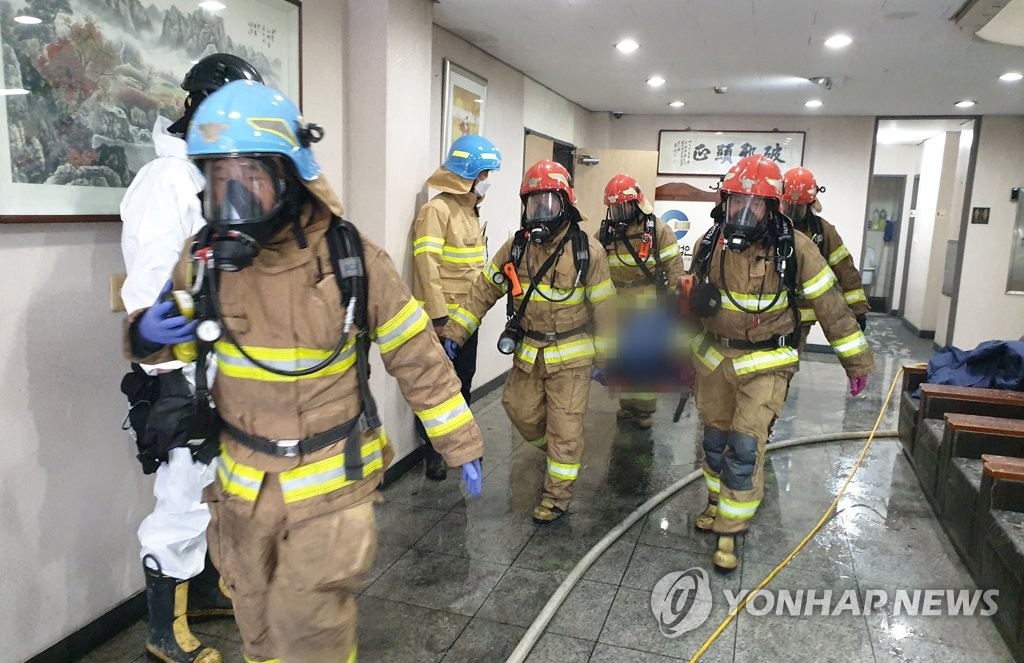