"We will focus more on expanding high-tech screens in a bid to help movie fans not only watch content but also experience something more special at theaters," said Cho Jin-ho, who is in charge of content programming in CGV. "We are also adding more small private screening rooms for those who want their own space." 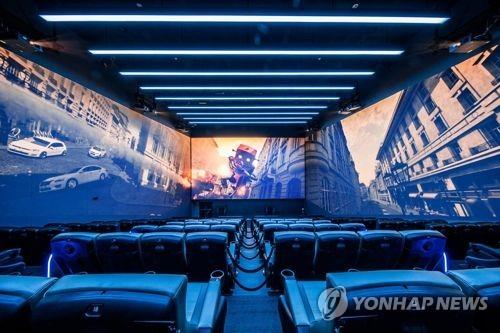 He said CGV's flagship technologies of ScreenX and 4DX will be front-line formats of its strategy.

ScreenX is a multi-projection cinematic platform that provides 270-degree panoramic images to audiences by expanding the display onto the theater's side walls. The 4DX format allows films to be decorated with various practical effects, including motion seats, water and scents.

Globally, CGV operates 350 ScreenX theaters and 783 4DX theaters in 106 countries, including the United States, France, Britain and Japan, as of June 2022.

CGV opened a new ScreenX theater at its Yeongdeungpo branch in southwestern Seoul this weekend, which is equipped with a combined 69-meter wide screen and six projectors.

The company said livestreaming of non-film content, like music concerts, theatrical musicals or online game competitions, is also available at the newly launched ScreenX theater thanks to its surround sound speakers and special lighting system.

At the same time, the company said it will build more private, independent movie suites, such as sky boxes, as an increasing number of people prefer to feel at home while watching movies.

"We can say ticket sales of ScreenX and 4DX theaters pulled off steady growth during the pandemic, while the global and Korean film industry struggled with a sharp drop in overall revenues," CGV said. "As people enjoyed entertainment content easily and comfortably at home through online streaming services, they want something different at theaters."

But the combined revenue of ScreenX and 4DX theaters fell slightly from $363 million in 2019 to $331 million in 2021, although only five films were simultaneously released for the two formats last year, according to CGV.

"The rising demand for high-tech screens and private theaters will grow further in the future and provide fresh momentum to movie theaters, which have to prepare for the end of pandemic," the CGV official said. 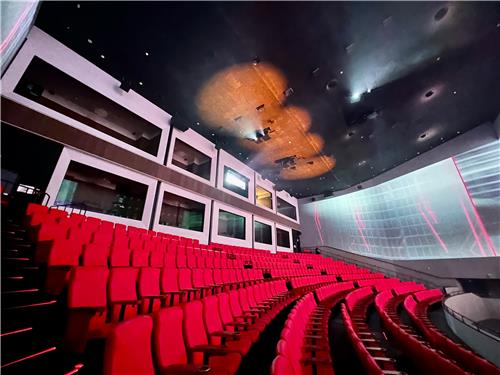 CGV to focus more on high-tech screens, premium theaters to brace for post-pandemic

CGV to focus more on high-tech screens, premium theaters to brace for post-pandemic