Foreign Minister Park Jin made the remark two days ahead of his trip to Washington D.C., for talks with his U.S. counterpart, Antony Blinken, amid concerns over the possibility of the North's conducting its seventh nuclear test.

"The new government has reviewed the matter of unilaterally imposing sanctions on North Korea and is discussing various detailed measures," Park said during an interview with Yonhap News TV, when asked about the possibility of Seoul and Washington imposing unilateral sanctions on Pyongyang.

The U.N. Security Council last month failed to adopt U.S.-proposed new sanctions in response to Pyongyang's ballistic missile tests due to vetoes by China and Russia, and skepticism lingers over additional measures at the U.N. level.

Park said the North seems to have completed all preparations for a nuclear test and the timing may depend on the "political determination" by the regime's leadership.

If the widely speculated nuclear test is carried out, the minister said South Korea will coordinate with the international community to send a strong message to North Korea and respond with "a resolute deterrence posture" against its provocation.

When asked whether China and Russia would oppose additional sanctions despite the North's nuclear test, he said Seoul will concentrate diplomatic efforts on persuading the permanent Security Council members to draw a "firm resolution" on the recalcitrant regime. 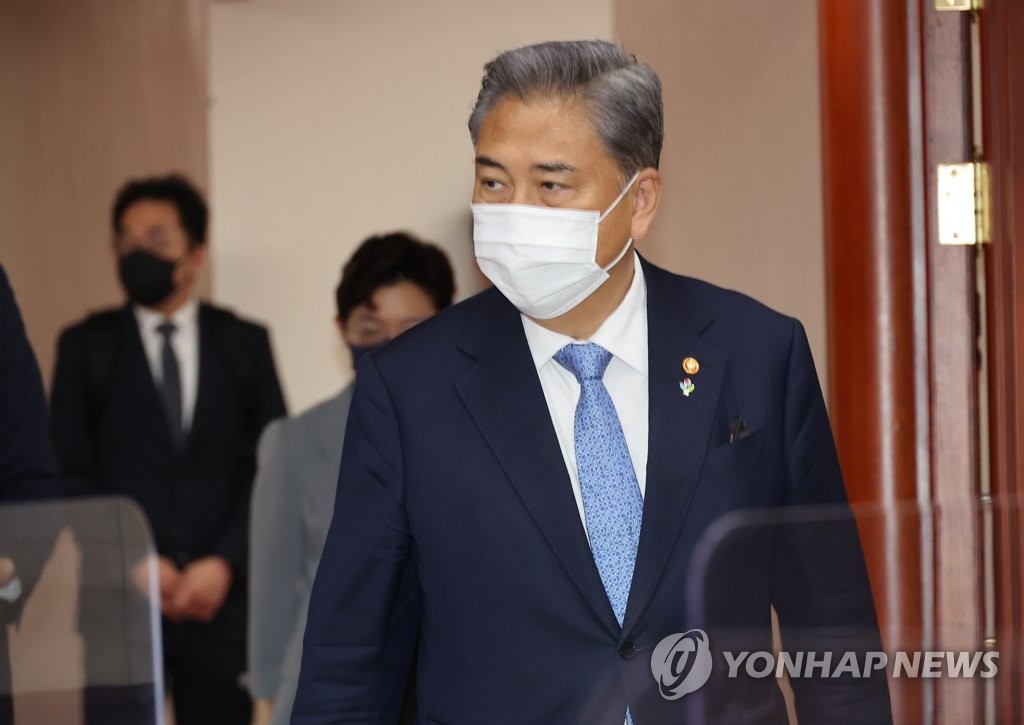