Captain Son Heung-min scored his second free kick goal in as many matches in the second half at Suwon World Cup Stadium in Suwon, some 35 kilometers south of Seoul, as South Korea, ranked 29th, overcame a brace by Newcastle United midfielder Miguel Almiron for the 50th-ranked visitors. 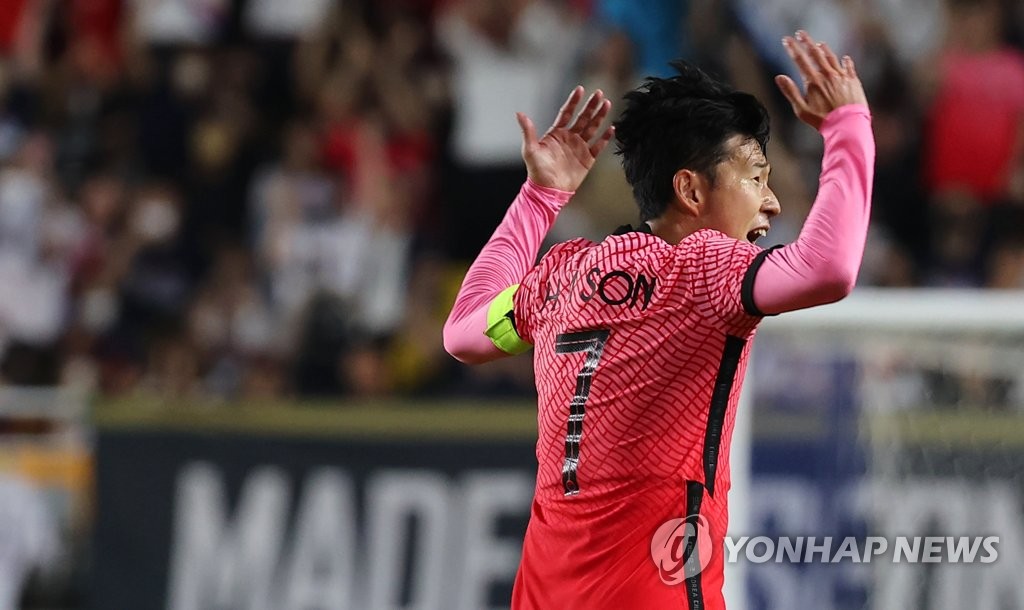 This was the third of four friendly matches for the 29th-ranked South Korea in June. They had lost to Brazil 5-1 on June 2 and beat Chile 2-0 on Monday.

They will wrap things up by hosting Egypt in Seoul next Tuesday.

"I think that this was not a good performance from our side," Bento said. "Most of the time, we tried to have more initiative, more control of the game. However, we didn't find the best solution. We made too many mistakes."

South Korea and Paraguay traded a few jabs, but neither side landed a big punch early on. Then Paraguay drew the first blood on 23 minutes. 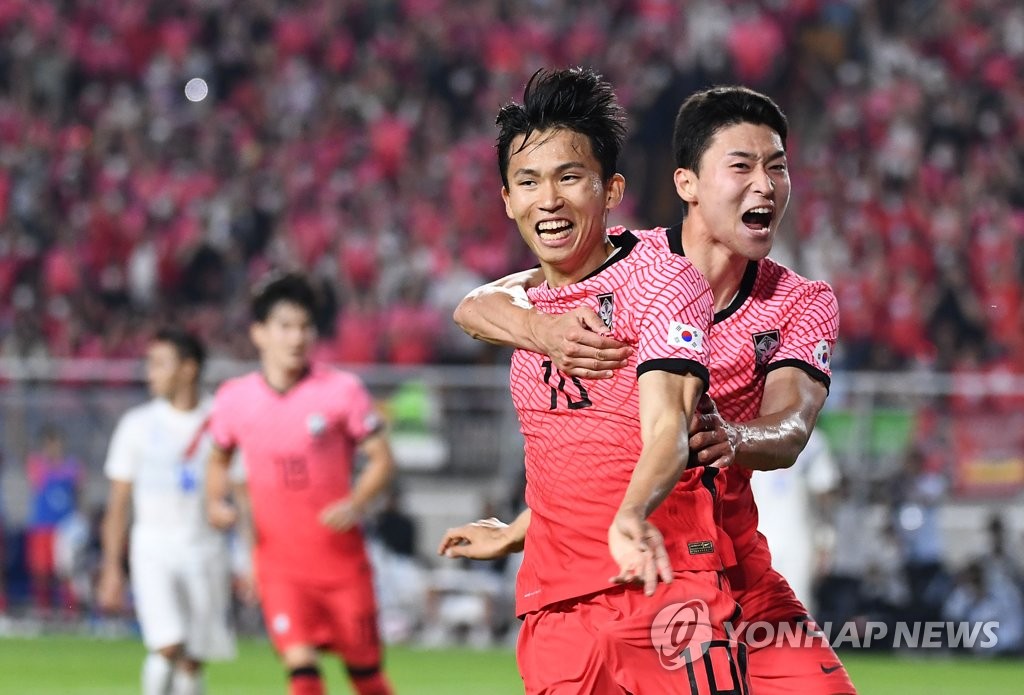 On a Paraguay counterattack opportunity, South Korean center back Jung Seung-hyun appeared to intercept a pass intended for Almiron as the ball rolled toward the box. But Almiron quickly kicked into another gear to pick Jung's pocket and rolled a left-footed shot into the right corner, past goalkeeper Jo Hyeon-woo.

The opening goal seemed to give Paraguay more life, especially in their counterattacks. South Korea looked a bit discombobulated in their transition defense, and their passes in the attacking third lost the zip they had earlier in the contest. 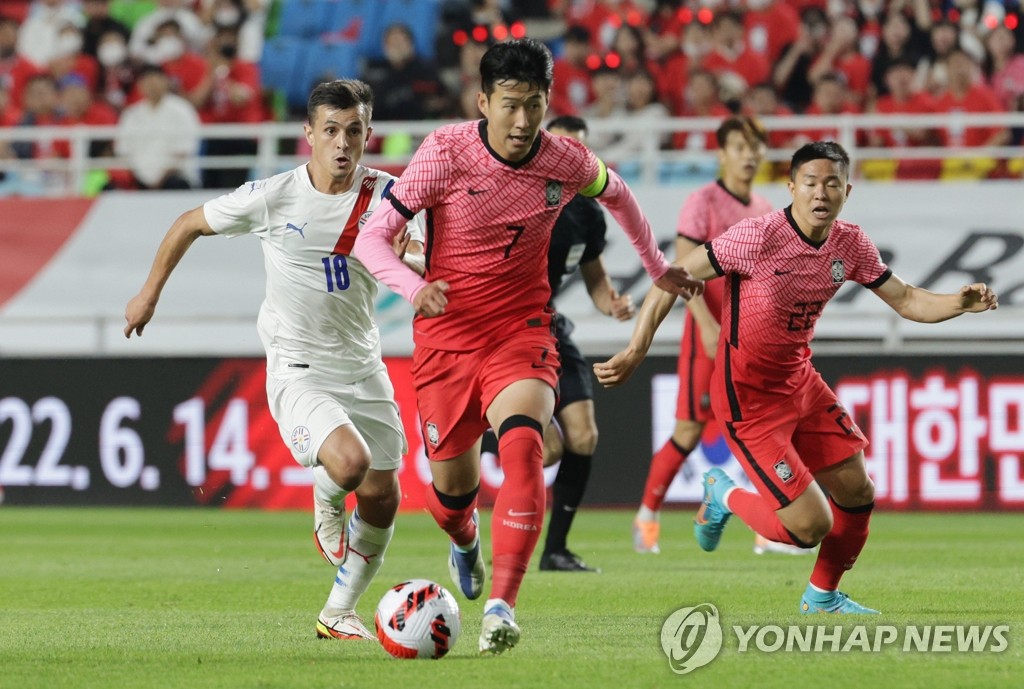 But South Korea came within inches of equalizing in the dying moments of the first half, as Kim Jin-su's header, set up by Son Heung-min, only found the woodwork. In the ensuing scramble in the box, Na Sang-ho's desperate attempt hit the right side of the net.

Then about five minutes into the second half, Paraguay doubled their lead, courtesy once again of Almiron.

On yet another counterattrack opportunity, Almiron secured the ball outside the right edge of the box and curled a left-footed shot into the far corner for his second goal of the night. 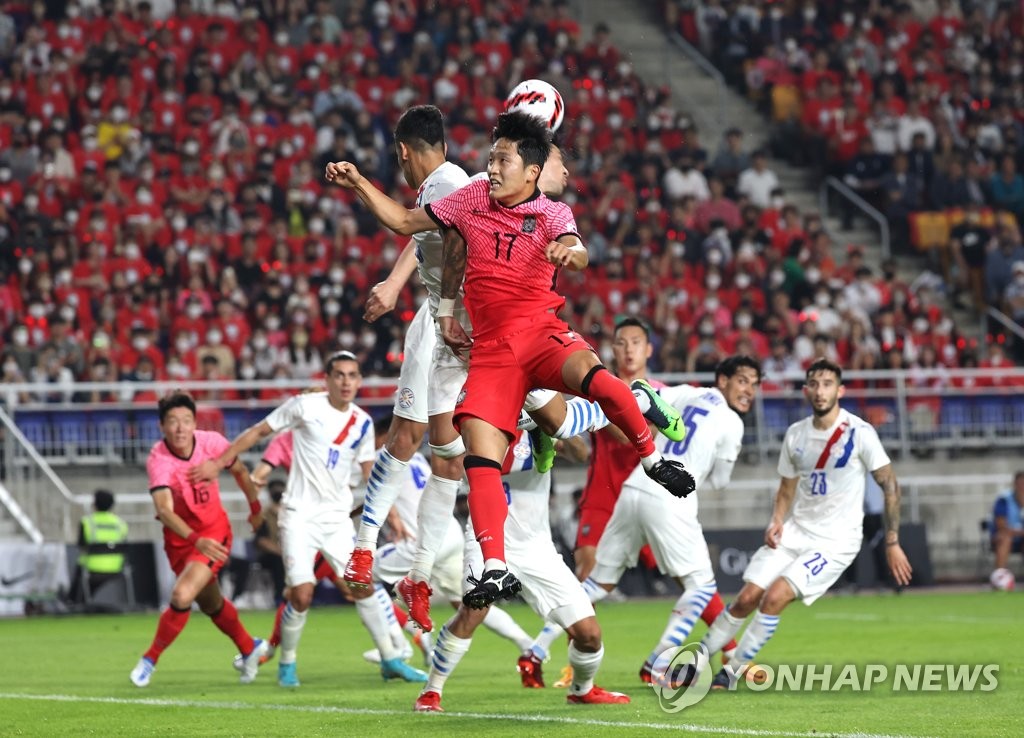 South Korea had been pressing hard for an equalizer, and their defense couldn't get set up properly in transition.

Then on 66 minutes, captain Son Heung-min halved Paraguay's lead with his second free kick goal in as many matches. From just outside the box, the Premier League Golden Boot winner fired one into the top left corner for his 33rd international score.

With the clock ticking down, substitute Jeong Woo-yeong volleyed home a sharp cross from Um Won-sang to secure the dramatic draw as South Korea barely avoided their first loss to Paraguay since 1986.

Guillermo Barros Schelotto said he was "surprised" to see the match end in a draw despite some good battle that his players put up against the favored hosts.

"Overall, this was a good match. We were able to identify a lot of positive aspects for our team," Barros Schelotto said. "Son Heung-min obviously had an outstanding match. South Korea played with a lot of speed, and they pressed really well." 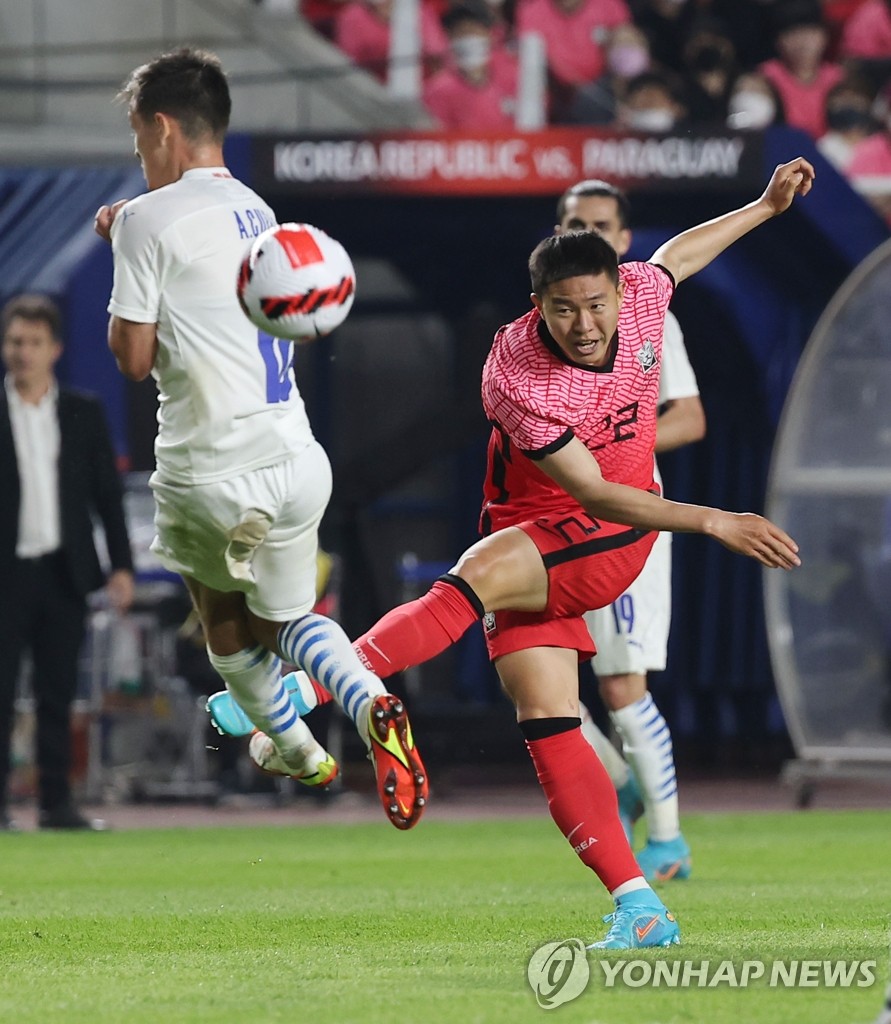