He made the remarks during a session of the annual Shangri-La Dialogue in Singapore amid speculation that Pyongyang has completed preparations for a nuclear test following a series of ballistic missile launches.

"We all face a persistent threat from North Korea. The United States will always stand ready to deter aggression and to uphold our treaty commitments," Austin said, noting the North's "habitual" provocations only underscore the urgency of the security challenge.

He added, "We're deepening security cooperation among the United States, Japan and the Republic of Korea. Together, we will continue to strengthen our extended deterrence against nuclear arms and ballistic missile systems."

Extended deterrence refers to Washington's stated commitment to using a full range of military capabilities, both nuclear and conventional, to defend its allies.

Austin cited nuclear threats from Pyongyang as one of the regional challenges also including "coercion by larger states against their smaller neighbors, and cruelty and violence from the regime in Myanmar."

"These challenges demand shared responsibility and common action, and we must all reaffirm our common commitment to uphold international law, defend global norms and oppose unilateral changes to the status quo," the secretary said.

"Let me be clear. Russia's invasion of Ukraine is what happens when oppressors trample the rules that protect us all, is what happens when big powers decide that their imperial appetites matter more than the rights of their peaceful neighbors," he said. "It's a preview of a possible world of chaos and turmoil that none of us would want to live in."

The Pentagon chief also took a swipe at what he calls China's "more coercive and aggressive approach" to its territorial claims. On the Taiwan issue, he stressed Washington's determination to uphold the "status quo."

"Let me be clear. We do not seek confrontation or conflict, and we do not seek a new Cold War and an Asian NATO or a region split into hostile blocs," he said, stressing the U.S. will do its part to manage tensions "responsibly" and pursue peace. 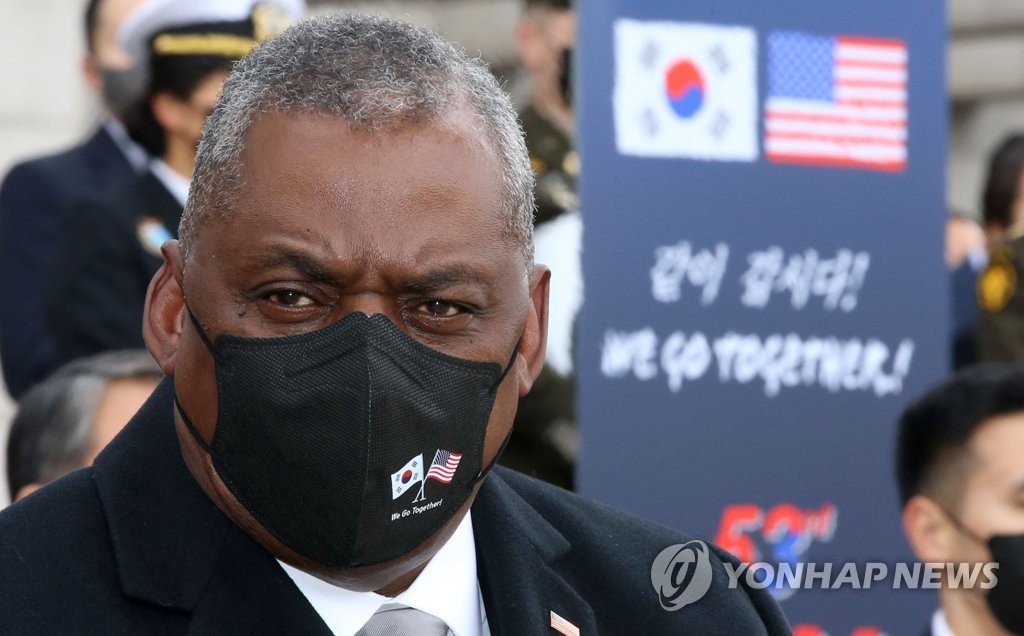