SINGAPORE, June 11 (Yonhap) -- South Korea's Defense Minister Lee Jong-sup had a meeting with a senior Ukrainian diplomat on the margins of a security forum in Singapore on Saturday, Seoul's defense ministry said.

Ukrainian Deputy Foreign Minister Dmytro Senik explained to the minister "Ukrainians' will to fight" against Russia's invasion and called for Seoul to provide assistance "in any form," according to the ministry.

South Korea has so far provided three batches of non-lethal aid, such as bullet-proof helmets and vests, tents, blankets and medicine. But it has taken a cautious stance on the provision of lethal weapons to Ukraine.

Lee and Senik were in the city state to attend the annual three-day Shangri-La Dialogue that ends Sunday. 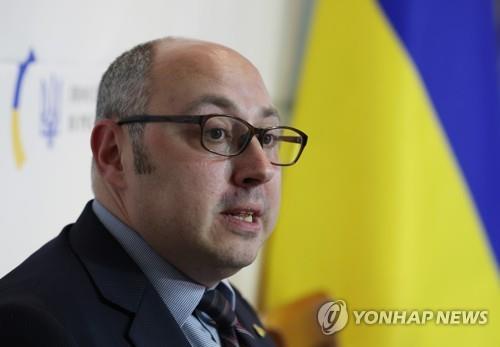