The Russian people have "achieved great successes in accomplishing the just cause of defending the dignity and security of their country ... while braving all sorts of challenges and hardships," Kim said in a message to Putin on the occasion of the Russia Day holiday, according to North Korea's official Korean Central News Agency. "The Korean people extend full support and encouragement to them."

Kim's apparent reference to the unprovoked attack against Ukraine as a "just cause" for defending Russia's security is the latest sign that illustrates decades-old close bilateral ties between the two countries.

Pyongyang has recently stressed its close ties with Moscow despite growing criticism from the international community on the Russian invasion of Ukraine.

Kim also expressed conviction that the friendly relations will continue to strengthen in all areas and in the "journey for defending the international justice and ensuring the global security."

In 2019, Kim held his first summit with Putin in Russia's far eastern city of Vladivostok. 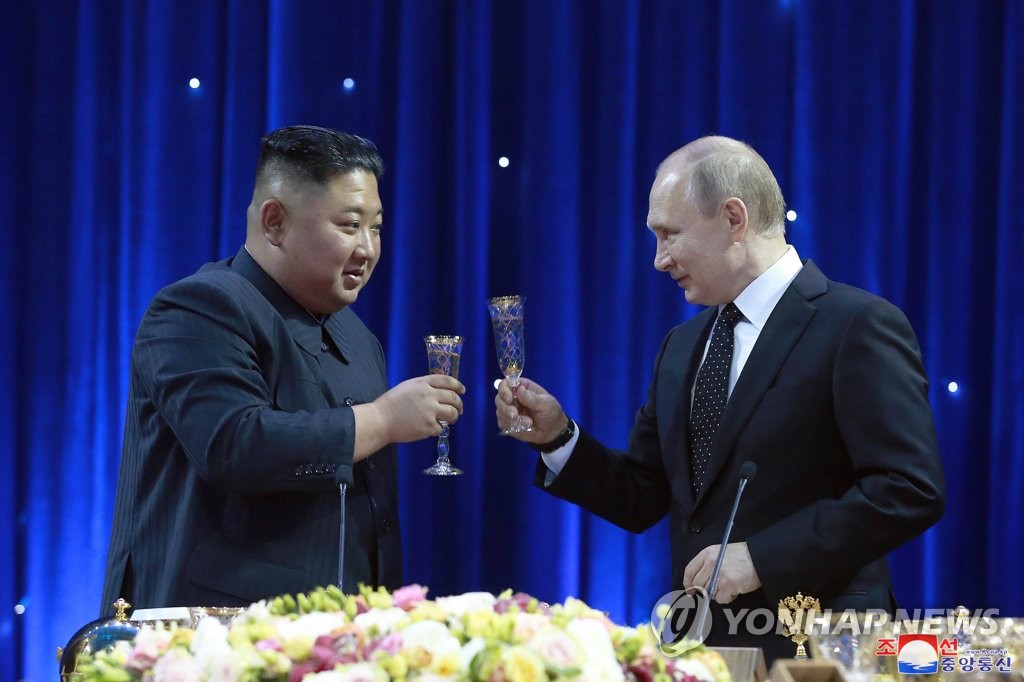