SEOUL, June 12 (Yonhap) -- South Korean Foreign Minister Park Jin left Sunday for the United States to have consultations with his American counterpart and other officials on North Korea and pending alliance issues.

He is scheduled to hold his first in-person talks with Secretary of State Antony Blinken in Washington, D.C., on Monday (local time).

"(We) will discuss ways for coordination on increasing nuclear and missile threats from North Korea," he told reporters just before his departure.

Other agenda items include cooperation in the economic security sector, peace and stability in the Indo-Pacific region and the Ukraine issue, he added.

During his four-day trip there, the minister is also scheduled to meet with Commerce Secretary Gina Raimondo and Secretary of Energy Jennifer Granholm, as well as congressional leaders and experts at think tanks, for discussions on measures to follow up on last month's summit deal between the leaders of the two nations. Presidents Yoon Suk-yeol and Joe Biden agreed in the Seoul talks to bolster the tech alliance between the two sides. 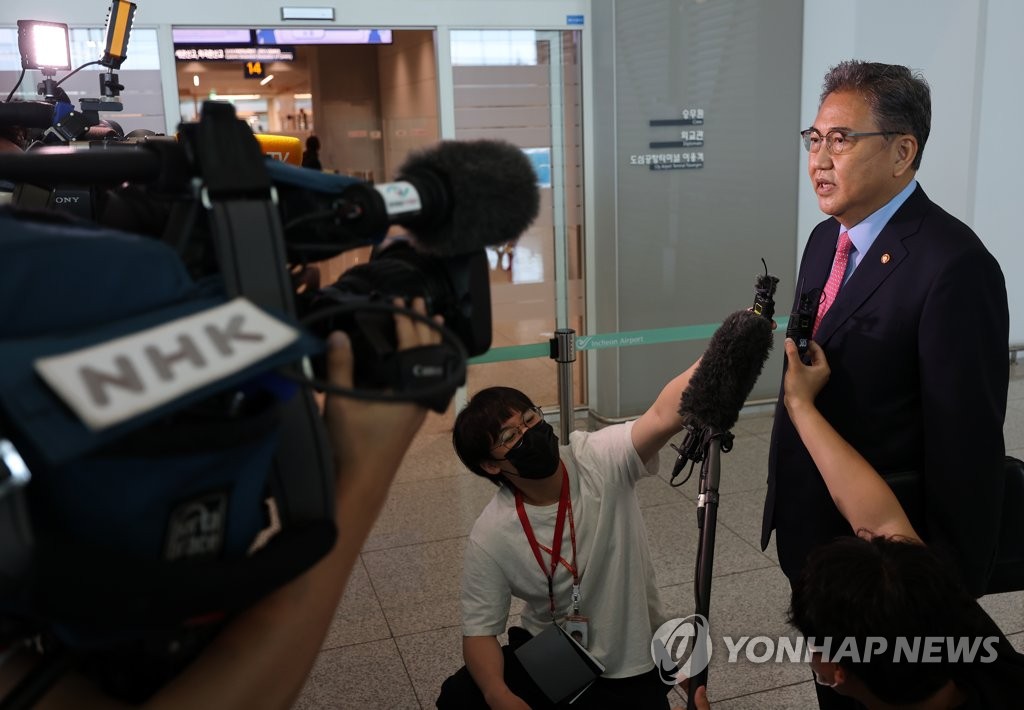