Park is set to hold his in-person meeting with the U.S. secretary of state on Monday.

His visit comes amid fears that Pyongyang may conduct its seventh nuclear test, ending its self-imposed moratorium on nuclear tests after more than four years.

"(We) will discuss ways for coordination on increasing nuclear and missile threats from North Korea," Park said of his scheduled meeting with Blinken before departing Seoul.

Officials in Seoul and Washington have noted the North appears to have already completed all its preparations for a nuclear test.

Park's trip here also marks the first of its kind since he took office last month. He is set to head home on Wednesday. 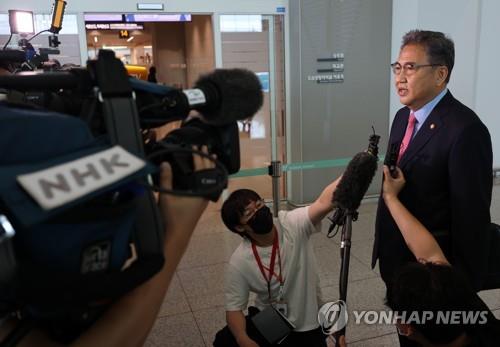