SEOUL, June 13 (Yonhap) -- President Yoon Suk-yeol said Monday that an opposition push to strengthen parliamentary oversight of the government could be "unconstitutional."

Rep. Cho Eung-chon of the main opposition Democratic Party is reportedly planning to introduce an amendment to the National Assembly Act to enable parliamentary standing committees to request a revision to a presidential decree or a prime minister's ordinance if they deem it to be incompatible with the law.

Critics said the amendment, if passed, could give the DP, which controls the National Assembly with 170 out of 299 seats, too much say in government affairs, thus hurting the principle of the separation of administrative and legislative powers.

"I'll have to take a look at the bill, but if it's about having the right to demand revisions to enforcement ordinances, as reported in the press, then I think it would leave a lot of room to be viewed as unconstitutional," Yoon told reporters as he arrived for work. 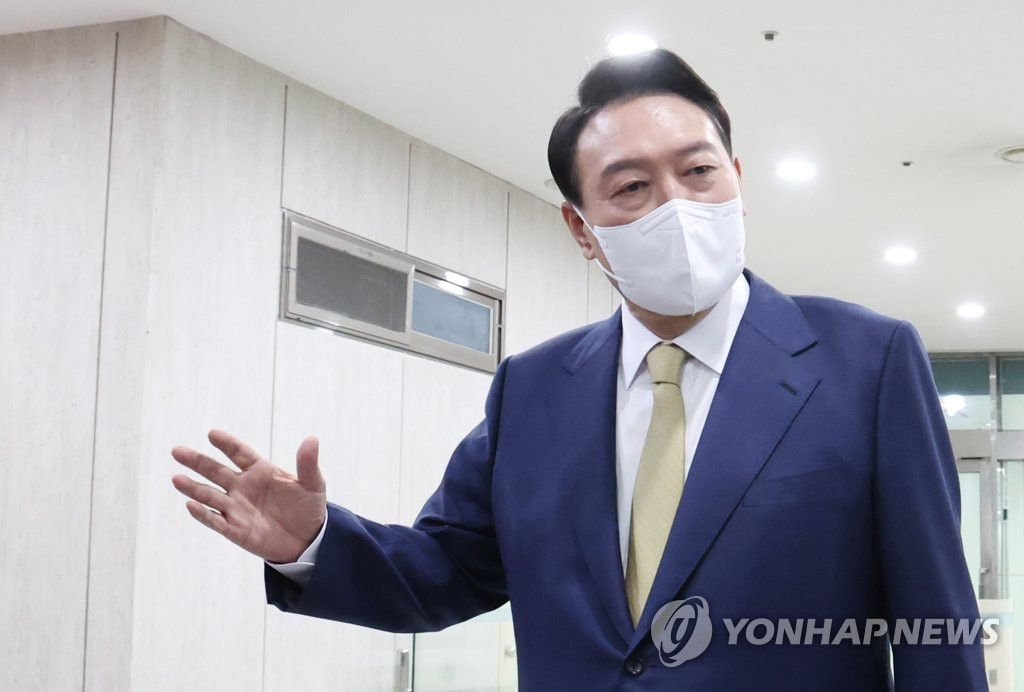