SEOUL, June 13 (Yonhap) -- President Yoon Suk-yeol said Monday that there was nothing wrong with him and first lady Kim Keon-hee watching a movie the previous day shortly after North Korea fired artillery shots because the government took necessary steps in response.

Yoon and the first lady watched the Cannes award-winning film "Broker" at a movie theater in Seoul on Sunday. But some critics said it was inappropriate for the president to watch a movie at a time when the North had fired shots from a presumed multiple rocket launcher hours earlier

"There's nothing to be suspicious about," Yoon said as he arrived for work when a reporter suggested people could have questions about why the president went to see a movie. 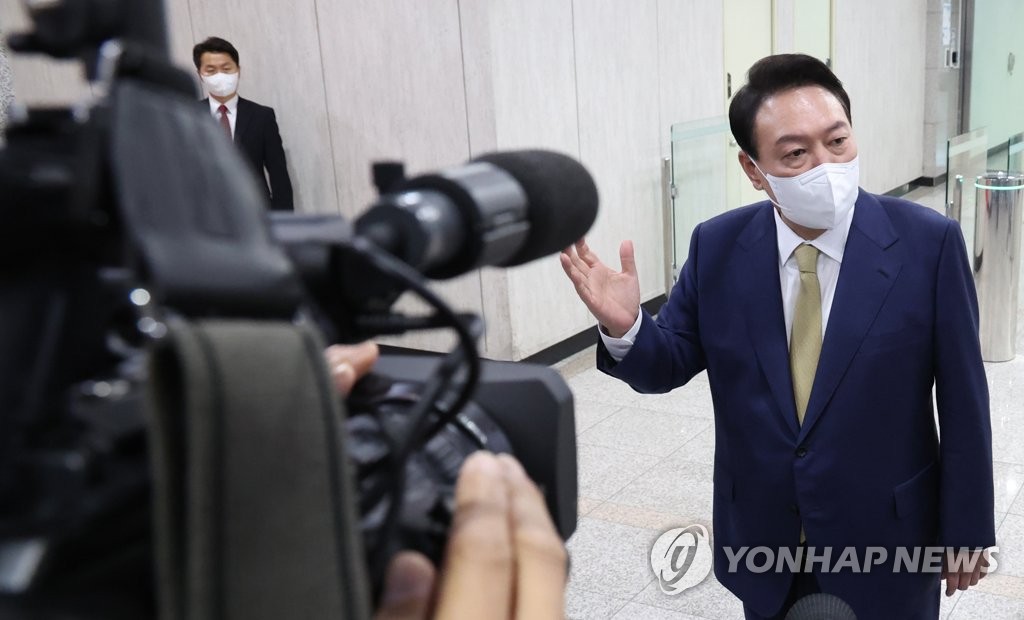