SEOUL, June 13 (Yonhap) -- President Yoon Suk-yeol told reporters Monday to not read too much into first lady Kim Keon-hee's planned visit with the widow of former President Roh Moo-hyun, saying it was something she had wanted to do since last year.

Kim is scheduled to pay a visit to Kwon Yang-sook, the widow of the former president who took his own life in 2009 amid a sprawling corruption probe, at her home in the southeastern village of Bongha later Monday.

"She's been planning to visit since last year, but the schedule didn't work out, and now she's going," Yoon said as he arrived for work, when a reporter asked if he had sent a message in advance and whether the visit would mark the beginning of Kim's public activities.

"Why do you have to interpret everything in such a complicated way?" he quipped.

The first lady plans to travel to Bongha by train and also pay her respects at Roh's grave. 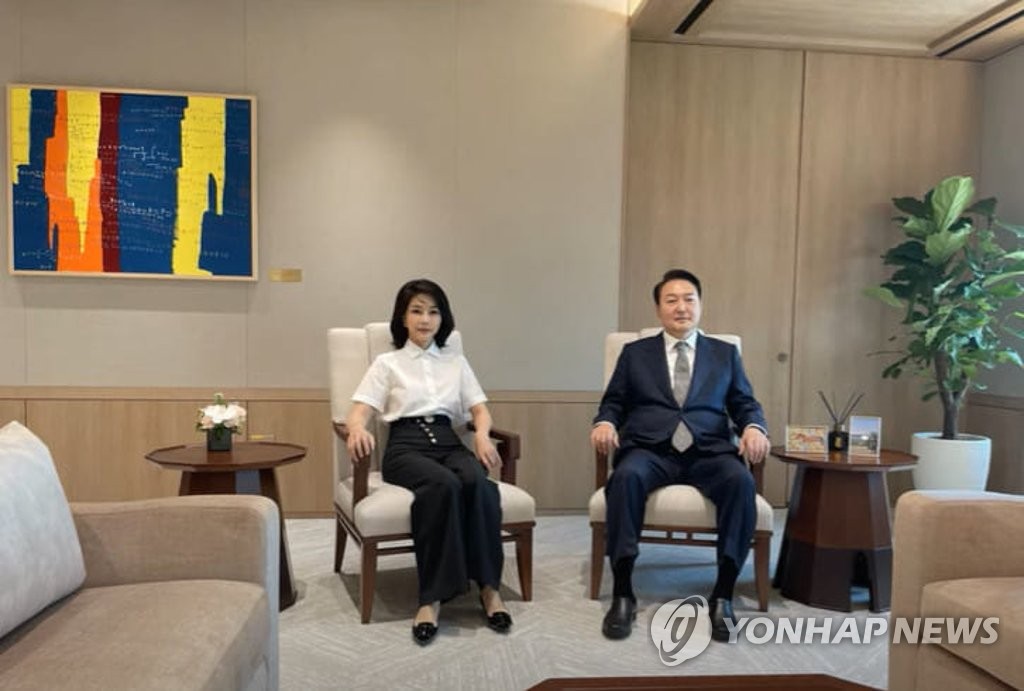