SEOUL, June 13 (Yonhap) -- Prosecutors sought an arrest warrant Monday for former Industry Minister Paik Un-gyu over allegations that while in office he forced the heads of 13 energy-related state firms to step down.

Paik, the former Moon Jae-in administration's first minister of trade, industry and energy, is under suspicion of forcing the resignation of heads of state-run energy companies who were appointed under the preceding Park Geun-hye government, shortly after he took office in 2017.

As part of the investigation, prosecutors in May searched Paik's residence and his office, and the buildings of six energy-related state agencies affiliated with the ministry, and seized a computer and other materials.

The then main opposition Liberty Korea Party, a predecessor of the now ruling People Power Party, lodged a criminal complaint against Paik, ex-Vice Industry Minister Lee In-ho and three other high-level ministry officials in 2019 in what is dubbed the "industry ministry blacklist" scandal. 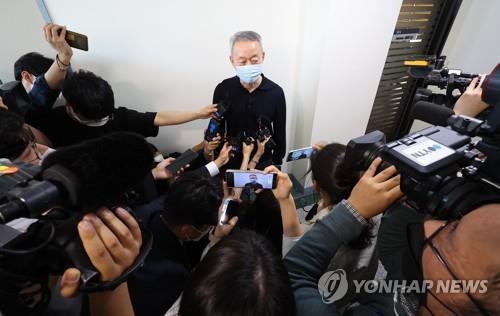