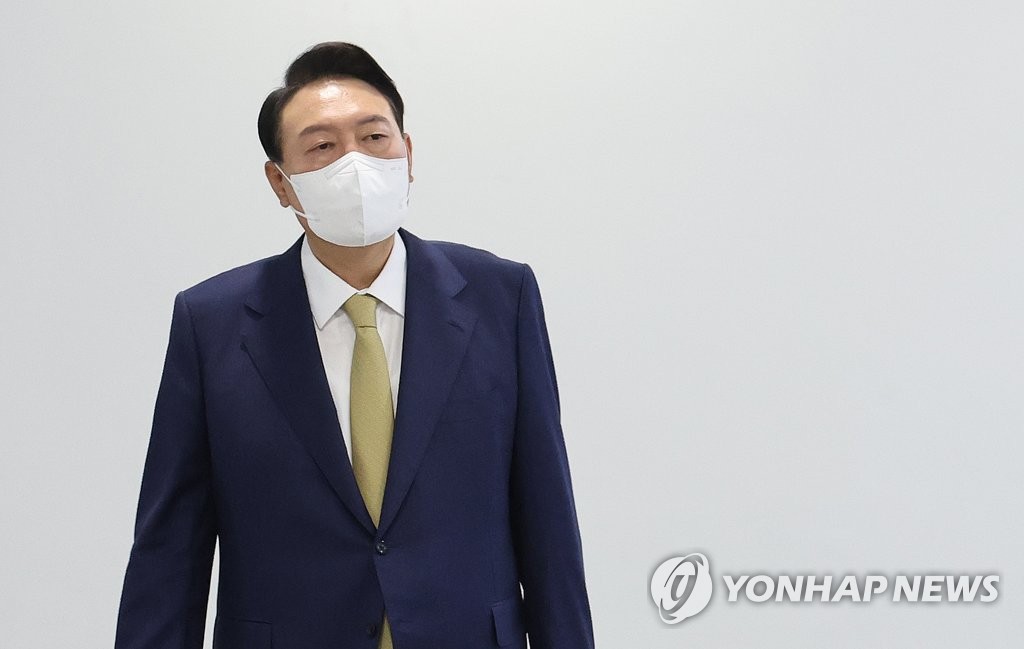 Yoon, who spent decades as a prosecutor, recently faced criticism that he selected too many former and incumbent prosecutors for key government positions, including the chief of the watchdog Financial Supervisory Service.

On the favorability rating of political parties, Yoon's People Power Party (PPP) received 47.3 percent of support, down 2.5 percentage points from the previous poll, while the main opposition Democratic Party (DP) had 39.2 percent, up 1 percentage point from the earlier survey.

The poll has a margin of plus or minus 2.2 percentage points at a 95 percent confidence level.

The KSOI poll showed the favorability rating of the PPP was 42 percent, while that of the DP was 32.8 percent.

The KSOI poll has a margin of plus or minus 3.1 percentage points at a 95 percent confidence level.