The biennial Pacific Dragon exercise is scheduled to take place from Aug. 1-14 as the three countries are seeking to step up security cooperation amid tensions caused by the North's recent missile launches and speculation that it could conduct a nuclear test in the coming weeks.

South Korea's Defense Minister Lee Jong-sup and his U.S. and Japanese counterparts, Lloyd Austin and Nobuo Kishi, agreed to hold such trilateral exercises on a consistent basis during their talks on the margins of a security forum in Singapore on Saturday.

The exercise is to proceed on the occasion of the U.S.-led Rim of the Pacific (RIMPAC) Exercise scheduled to run from June 29 through Aug. 4. At RIMPAC, the three countries are set to deploy naval warships, personnel and other assets.

In this year's edition of the Pacific Dragon, Canada and Australia are also expected to participate, according to the sources.

In addition to the missile tracking exercise, Seoul, Washington and Tokyo are expected to stage their quarterly combined missile warning drills later this year as agreed upon during their weekend defense ministerial talks. 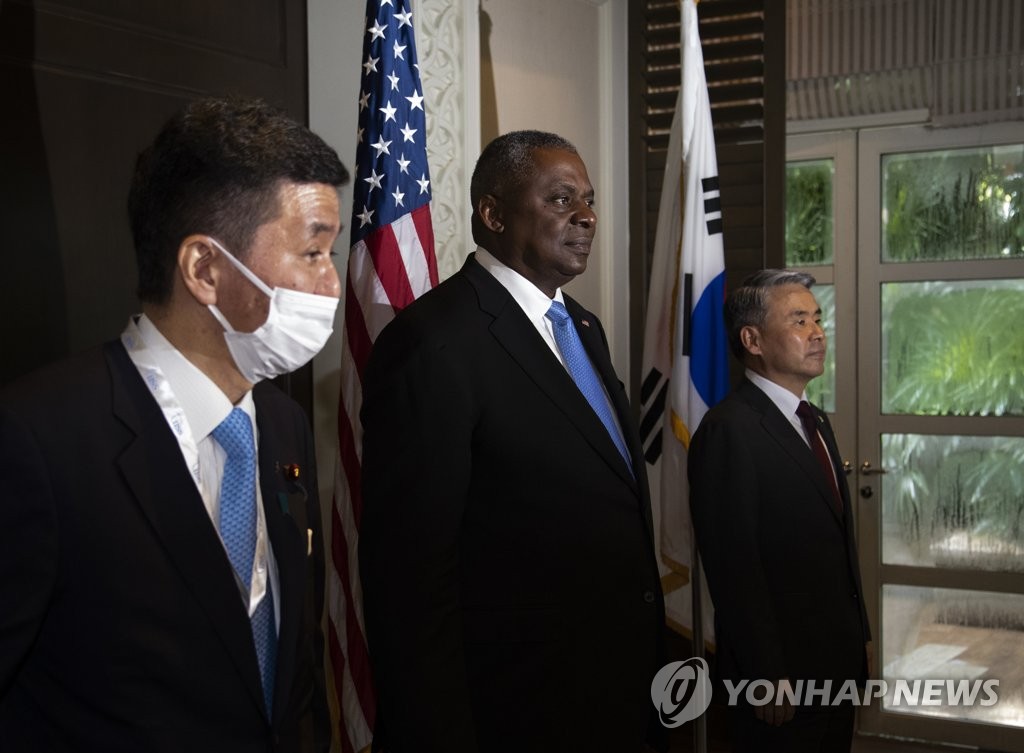