SEOUL, June 14 (Yonhap) -- South Korea's new coronavirus cases bounced back to nearly 10,000 on Tuesday, while the number of deaths came down to a nine-month low.

The country added 9,778 COVID-19 infections, including 41 cases from overseas, bringing the total caseload to 18,239,056, the Korea Disease Control and Prevention Agency (KDCA) said.

The increase in the caseload was attributed to the growth in the number of tests on weekdays after declining over the weekend.

As of 9 p.m., the country had reported 8,914 new infections, down 241 from the same time a day earlier, according to local governments and health authorities. Daily infections are counted until midnight and announced the following morning.

Daily infections have shown a downward trend after posting an all-time high of over 620,000 in mid-March.

The number of deaths reached two, bringing the death toll to 24,390. New deaths came to the lowest since Sept. 13, 2021, when a single case of death was reported. 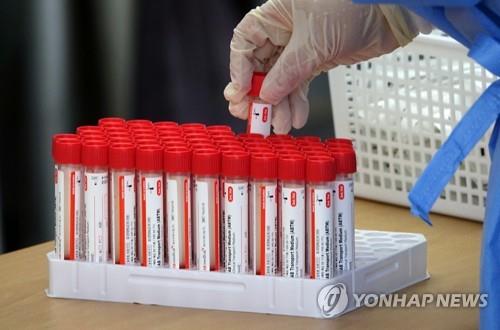 The fatality rate stood at 0.13 percent.

The number of critically ill patients stood at 98, up from 95 the previous day, the KDCA said.

Of the 9,737 locally transmitted cases, Seoul accounted for 1,763 cases, with the surrounding Gyeonggi Province reporting 2,346 cases. There were 590 infections in Incheon, 40 kilometers west of Seoul.

As of Tuesday, 44.61 million, or 86.9 percent of the population, had completed the full two-dose vaccinations, and 33.34 million, or 65 percent, had received their first booster shots.

About 4.27 million people, or 8.3 percent of the population, had gotten their second booster shots, the KDCA said.

Authorities also found an additional 67 cases of the omicron subvariant here last week, which brought the total caseload to 176.

As the spread of COVID-19 slows, the South Korean government is mulling ways to lift or shorten the seven-day isolation for COVID-19 patients. A decision on whether to maintain or remove the mandatory isolation measure will be announced Friday.

Meanwhile, health authorities are in consultation to bring in 500 doses of antiviral drug Tecovirimat next week to deal with potential monkeypox cases amid growing concerns over the fast spread of the virus across the globe.

Authorities said they plan to treat monkeypox patients under quarantine at the National Medical Center in Seoul. Officials are also considering mandating a 21-day self-isolation period for those with high risk of transmission after having had close contact with monkeypox patients.

South Korea has yet to report an occurrence of monkeypox.

Last month, the KDCA decided to place monkeypox at the second level of contagious diseases out of a four-tier scheme in the wake of growing concerns over the virus.

Currently, COVID-19, cholera and other contagious diseases are listed in the second-highest tier in South Korea. 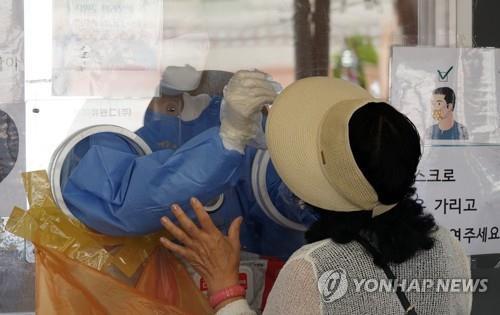