Outbound shipments of agricultural and fisheries goods came to U$5.19 billion in the January-May period, up 16.4 percent from a year earlier, according to the data from the Korea Agro-Fisheries & Food Trade Corp.

The figure represents the largest-ever tally for the first five months of any year.

Dried seaweed, called "gim" in Korean, is usually roasted with sesame oil and fine salt and served as a side dish in Korean dining. Snacks made of gim have gained popularity among foreigners in recent years.

Exports to the European Union and the United States climbed 35.8 percent and 17.2 percent, respectively, in the five-month period, with those to the Association of Southeast Asian Nations (ASEAN) swelling 15.1 percent.

The corporation said it will ramp up efforts to export more agricultural and fisheries products to various parts of the world in the second half of the year. 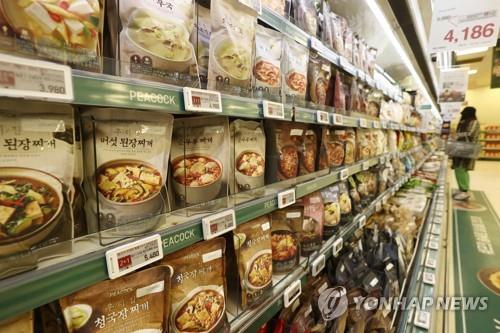