Han made the remarks at a Cabinet meeting, as the nationwide walkout of truckers entered its eighth day, paralyzing operations at auto, steel, petrochemical and other sectors.

"Please keep in mind that illegal actions, such as obstruction of transportation by the Cargo Truckers Solidarity, will never be supported by people," Han said.

Han said South Korea's export-driven economy could suffer a heavy blow due to the strike at a time when external business conditions are "grave."

Thousands of unionized cargo truckers have been on strike, demanding an extension of a freight rate system that guarantees basic wages for truck drivers struggling to cope with soaring fuel prices.

The walkout has caused losses in output and exports worth an estimated 1.6 trillion won (US$1.24 billion) over the past seven days, according to the industry ministry.

Citing a recent forecast by the Organization for Economic Cooperation and Development, Han said South Korea's economic growth prediction has been lowered to 2.7 percent this year from 3 percent. 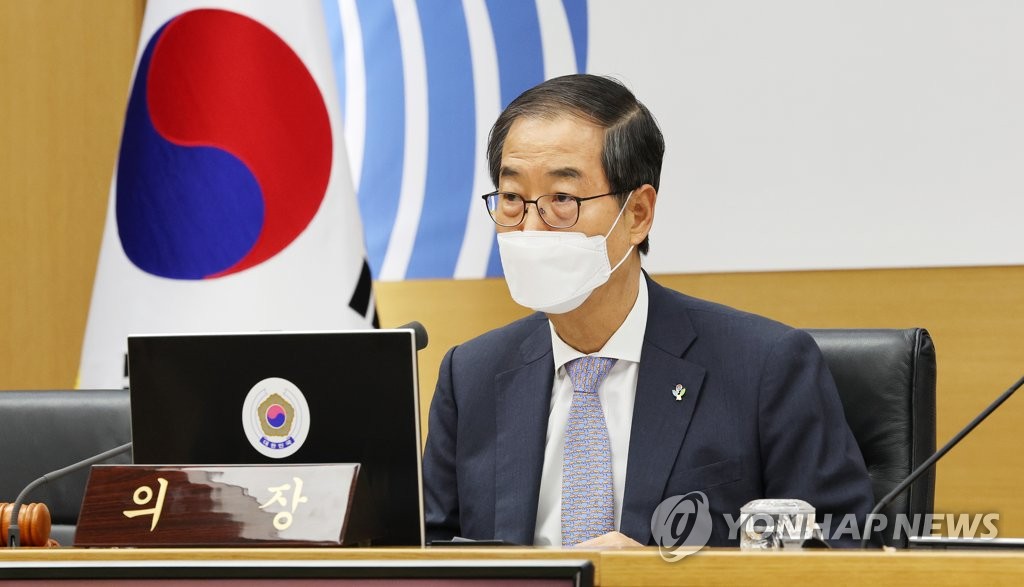