SEOUL, June 14 (Yonhap) -- Lawmakers of the main opposition Democratic Party on Tuesday proposed a bill aimed at strengthening parliamentary oversight of the government despite objections from the ruling People Power Party.

Rep. Cho Eung-chon and 13 other DP lawmakers proposed revising the National Assembly Act in a way that empowers parliamentary standing committees to request revisions to presidential decrees or enforcement ordinances if they are deemed incompatible with the law.

"The National Assembly, as a constitutional institution with legislative power, has the responsibility to regulate the content of administrative legislation," they said in the proposal.

They claimed that administrative legislation, such as presidential decrees, can be abused by the government to distort the purpose of laws or restrict people's freedom and rights, which should be done through parliamentary legislation.

Critics said, however, that the amendment, if passed, could give the DP, which controls the National Assembly with 170 out of 299 seats, too much of a say in government affairs, thus hurting the principle of the separation of administrative and legislative powers.

The ruling PPP accused the DP of attempting to interfere with government affairs. 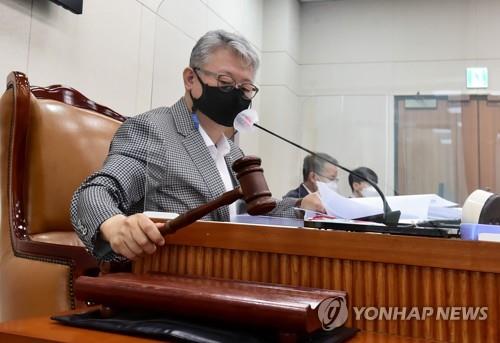