SEOUL, June 14 (Yonhap) -- An appellate military court on Tuesday commuted a lower court's nine-year sentence to seven years for an Air Force soldier charged with sexually abusing a female colleague who later took her own life.

The Military High Court delivered the prison term for the master sergeant, surnamed Jang, who was charged with groping the victim of the same rank inside a car in March last year.

The prosecution sought a 15-year prison term, claiming he apparently blackmailed the victim not to report the case to the authorities in a text message, implying he could otherwise commit suicide. The accused maintained the message was meant to deliver an apology.

The court said it could not confirm the accused had an intention to do harm to the victim through the message, as long as there were no "explicit remarks or tacit words or actions" to do so.

The court also said the defendant cannot be solely responsible for her death, stressing the victim had not been given adequate protection within the military as well.

The ruling drew angry reactions from the victim's family, with her hyperventilating mother collapsing. 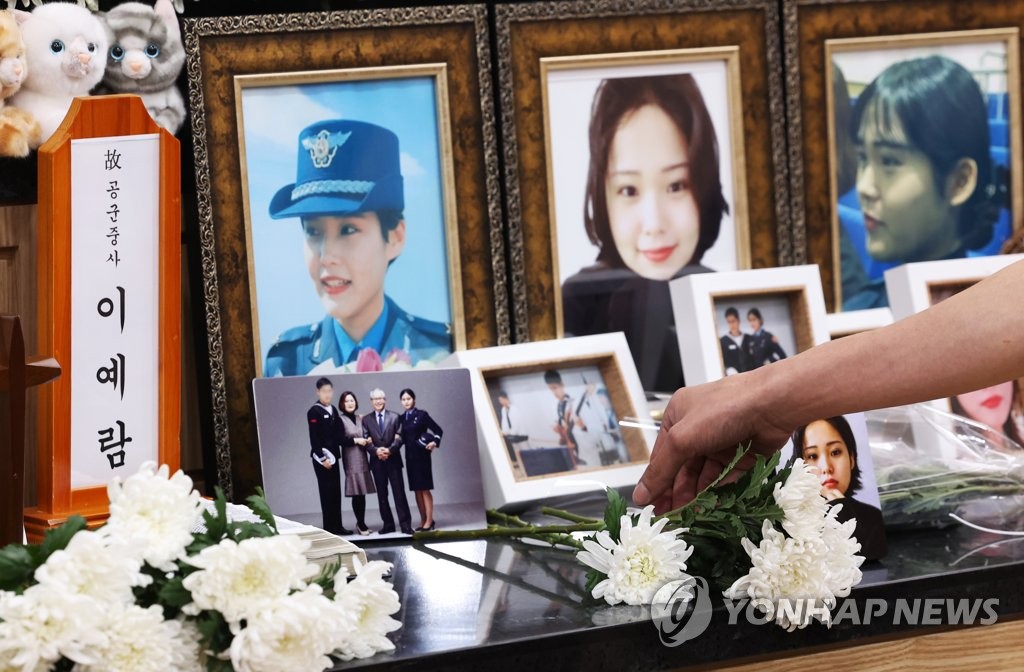