"There was a request from North Korea to establish 'people's hospitals' in 260 counties after the construction of a cardiac hospital in Pyongyang is complete," Lee Young-hoon, senior pastor of the church, told reporters at a hotel in downtown Seoul.

Lee did not provide details, including when the request was made.

The church began construction of the cardiac hospital named after its late founder Cho Yong-gi in 2007, but the construction came to a halt as inter-Korean relations deteriorated rapidly following the North's torpedo attack on the South Korean warship Cheonan that killed 46 sailors in May 2010.

But there have been signs the construction may resume.

The U.N. Security Council's North Korea sanctions committee reviewed the church's request to bring 1,500 pieces of medical equipment and supplies to the North over the past two years and approved the request last November, according to the church.

Should the construction resume, Lee said it will take about six months before the hospital can open its doors through interior work and installment of medical equipment, although all things depend on future situations in the North. 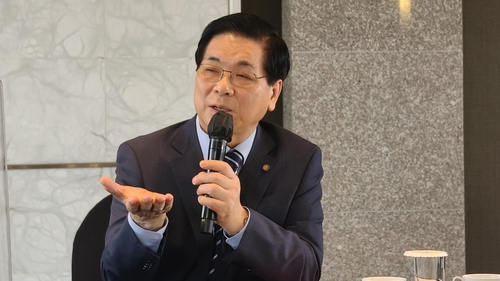