SEOUL, June 14 (Yonhap) -- South Korea beat an undermanned Egypt 4-1 on Tuesday in their final pre-World Cup friendly of the month, with striker Hwang Ui-jo leading the way with a goal and an assist.

The much-anticipated showdown between the joint Premier League Golden Boot winners, South Korean captain Son Heung-min and his Egyptian counterpart, Mohamed Salah, never came to fruition, with Salah not making the trip to Seoul due to an unspecified injury.

Son made his fourth consecutive start and had a hand in the team's first two goals in his typically effective performance. 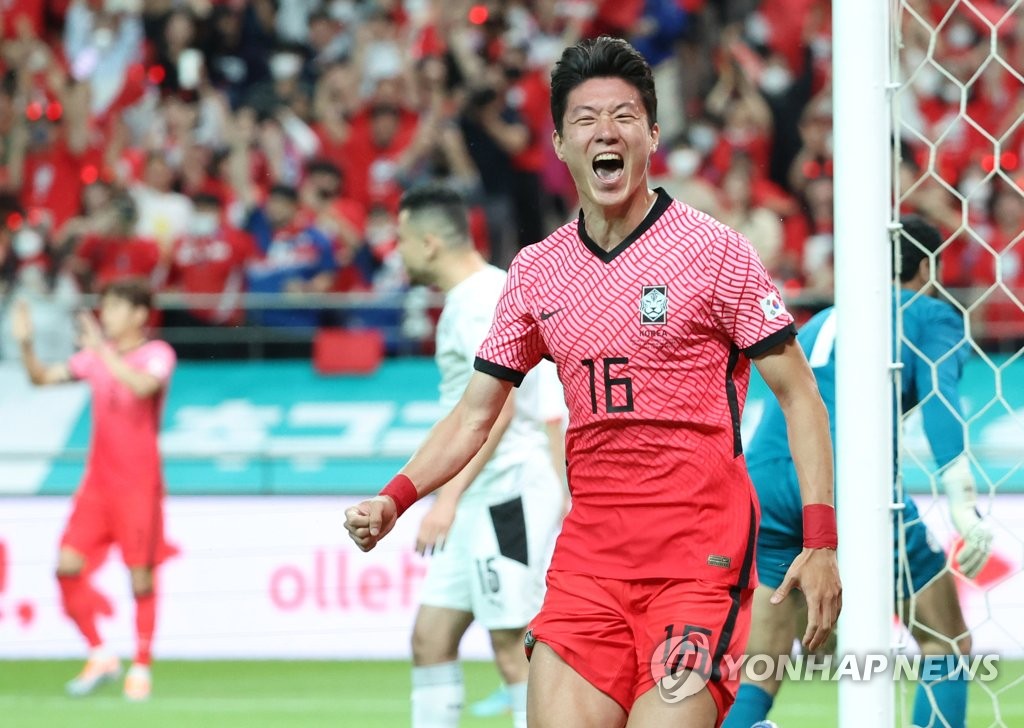 This was the fourth and final friendly match for South Korea in their preparation for the World Cup. South Korea lost to Brazil 5-1 on June 2 and beat Chile 2-0 four days later. They played Paraguay to a 2-2 draw last Friday before Tuesday night's beatdown.

"I think, in general, it was a good game, with a good performance," South Korea head coach Paulo Bento said. "I think we should be happy because of the result, and also due to the performance and the attitude of the players."

Egypt head coach Ehab Galal lamented his lack of viable options, as Salah and a few other players were not available.

"We had a lot of young players who had never played in an important match before," Galal said. "I thought South Korea were very solid both on offense and defense. Although we didn't convert our opportunities as well as South Korea did, I hope this match will be a valuable learning experience for our players." 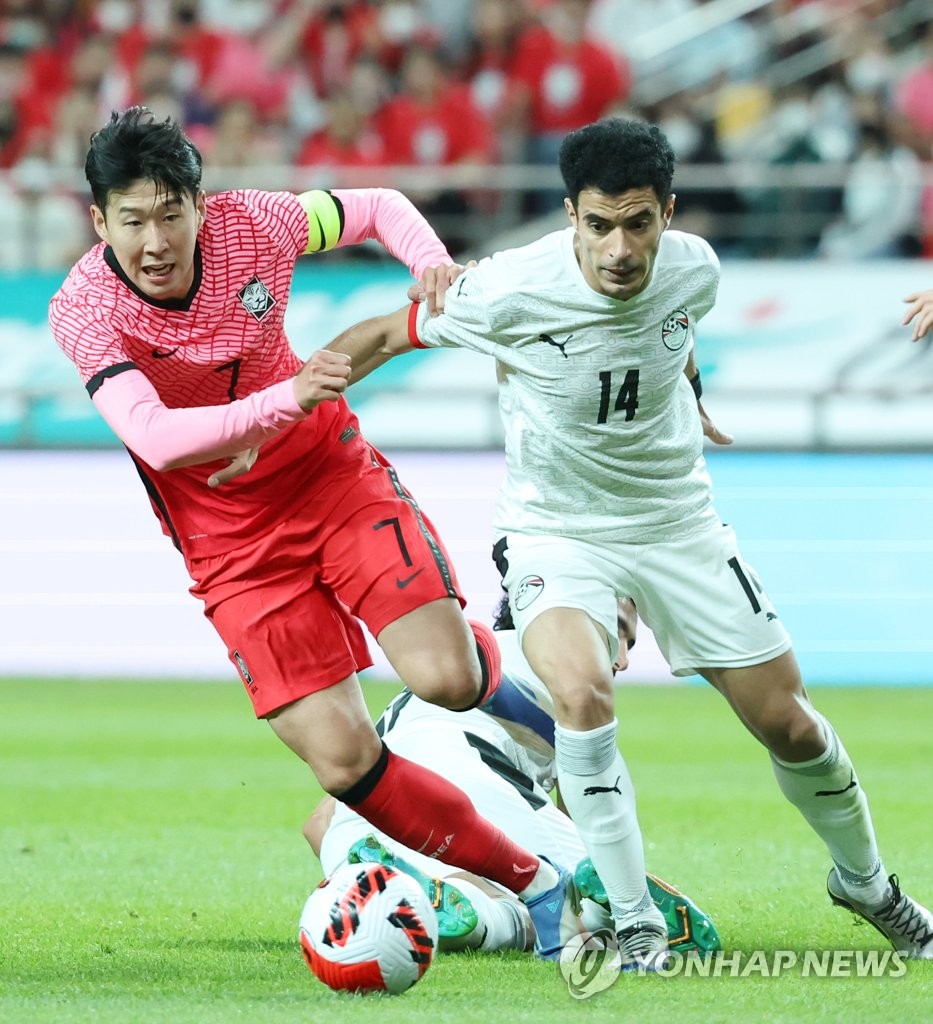 South Korea will have two more friendlies in September before the World Cup kicks off in November. The country will also participate in the East Asian Football Federation E-1 Football Championship in July in Japan but will be without some of their top Europe-based talent for that event.

Though not to the extent of Egypt's absences, South Korea also played without some key players of their own. Their two regular midfielders, Jung Woo-young and Hwang In-beom, were left off because of injuries, while center back Kim Min-jae wasn't even called up following ankle surgery. 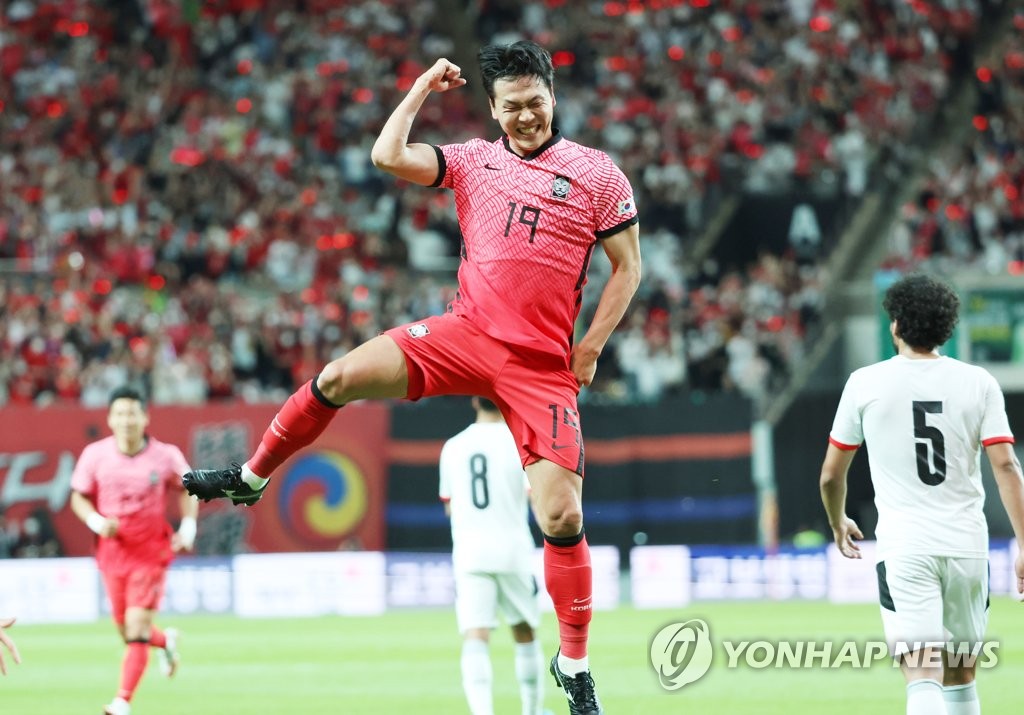 South Korea shook off an uninspired start to take the lead on 16 minutes. Son made a long diagonal pass to Kim Jin-su on the left wing to stretch the Egyptian defense. From there, Kim sent a sharp cross for Hwang, who headed it home for his second goal in four matches.

The hosts doubled the lead six minutes later, when center back Kim Young-gwon scored with a diving header after Hwang headed down a corner taken by Son. 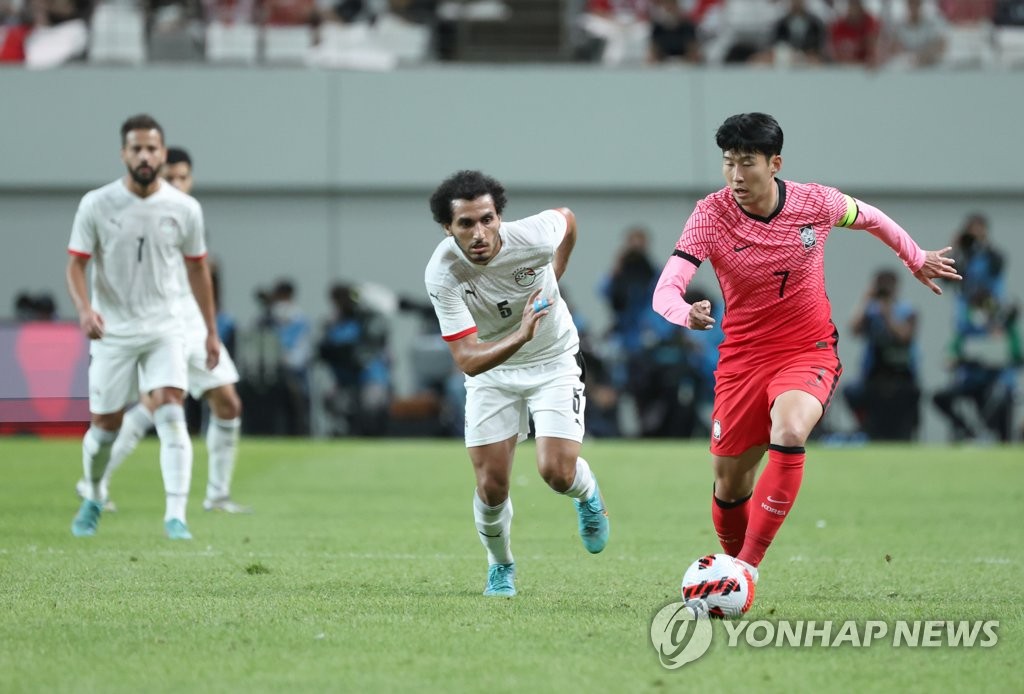 Egypt responded with Mostafa Mohamed's goal on 38 minutes. Ibrahim Adel's initial shot deflected off Kim Jin-su, and while a handful of South Korean players pleaded with the referee for a possible handball violation, Mohamed pounced on the loose ball and cut the deficit in half.

Teams traded few chances in the second half, before South Korea added two late goals to finish off the convincing victory. Substitute Cho Gue-sung extended the lead to 3-1 with a gorgeous curler in the 85th minute, and midfielder Kwon Chang-hoon headed home a cross by Kim Jin-su to round out the scoring.

"We were able to execute our game plan, and things played out the way we wanted them to," said Hwang, selected the Man of the Match. "We scored a bunch of goals, and it was a good match overall." 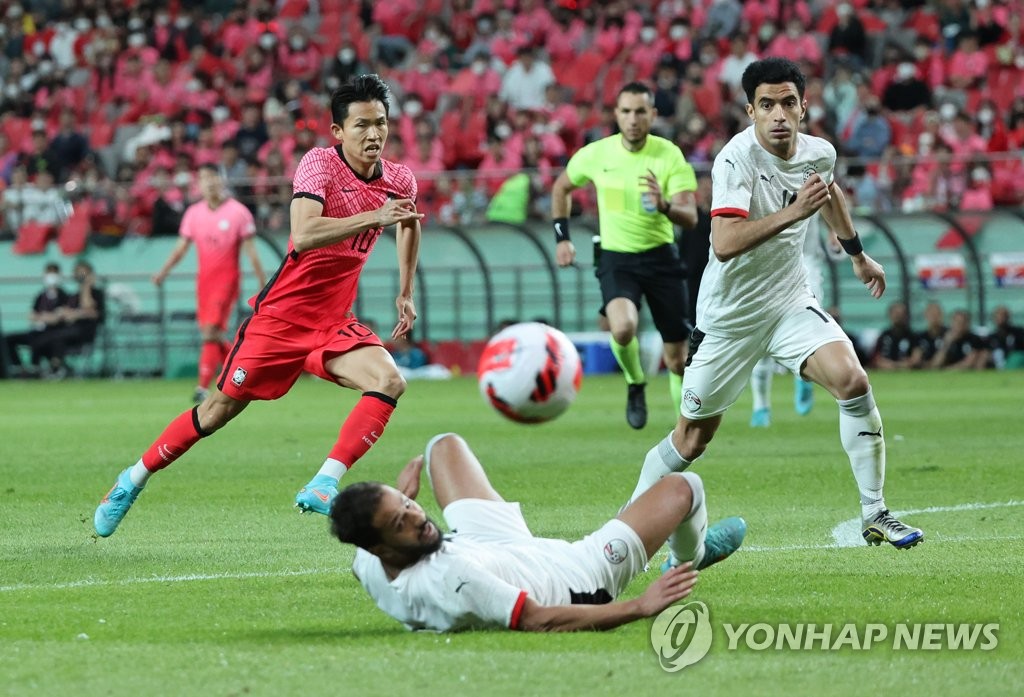