SEOUL, June 14 (Yonhap) -- Against an opponent missing their best player in their latest friendly football match Tuesday, South Korea put on one of their most explosive offensive performances in recent memory.

Their much-maligned defense, on the other hand, remained a question mark.

South Korea routed Egypt 4-1 at Seoul World Cup Stadium, with striker Hwang Ui-jo scoring a goal and setting up another. Left full back Kim Jin-su assisted on two goals, while tireless captain Son Heung-min, making his fourth consecutive start in a span of 13 days, also made his presence felt in the attacking third. 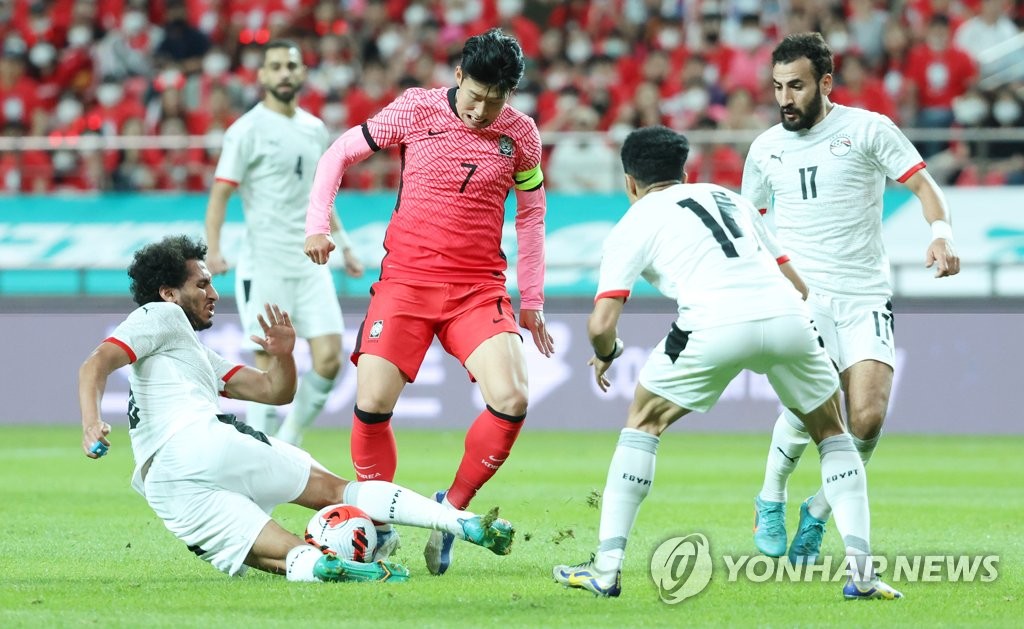 This was the fourth and final friendly match in June for South Korea during their preparation for the FIFA World Cup in November. South Korea opened things up with a 5-1 loss to world No. 1 Brazil on June 2. They then defeated Chile 2-0 on June 6, and followed that up with a 2-2 draw against Paraguay last Friday.

On Tuesday, the Taeguk Warriors faced an Egypt team without their captain, Mohamed Salah. The Liverpool star, who shared the Premier League Golden Boot with Son this past season, did not travel to South Korea due to an unspecified injury.

The Son vs. Salah showdown would have been quite intriguing, but regardless of who was or who wasn't playing at the other end, South Korea had some work to do on defense. And a careless mistake -- just the type of errors that South Korean players had committed in all three previous games -- once again cost the team a goal.

With South Korea ahead 2-0, Mostafa Mohamed cut the deficit in half for Egypt on 38 minutes. South Korea far outnumbered Egypt in their own box. But in a chaotic scramble, Ibrahim Adel's initial shot went off the leg of Kim Jin-su. Kim and a few of his teammates put their arms up, thinking there had been a handball infringement moments earlier. They simply stopped playing and waited for a whistle that never came. Mohamed alertly fired home the loose ball and made it a one-goal game. 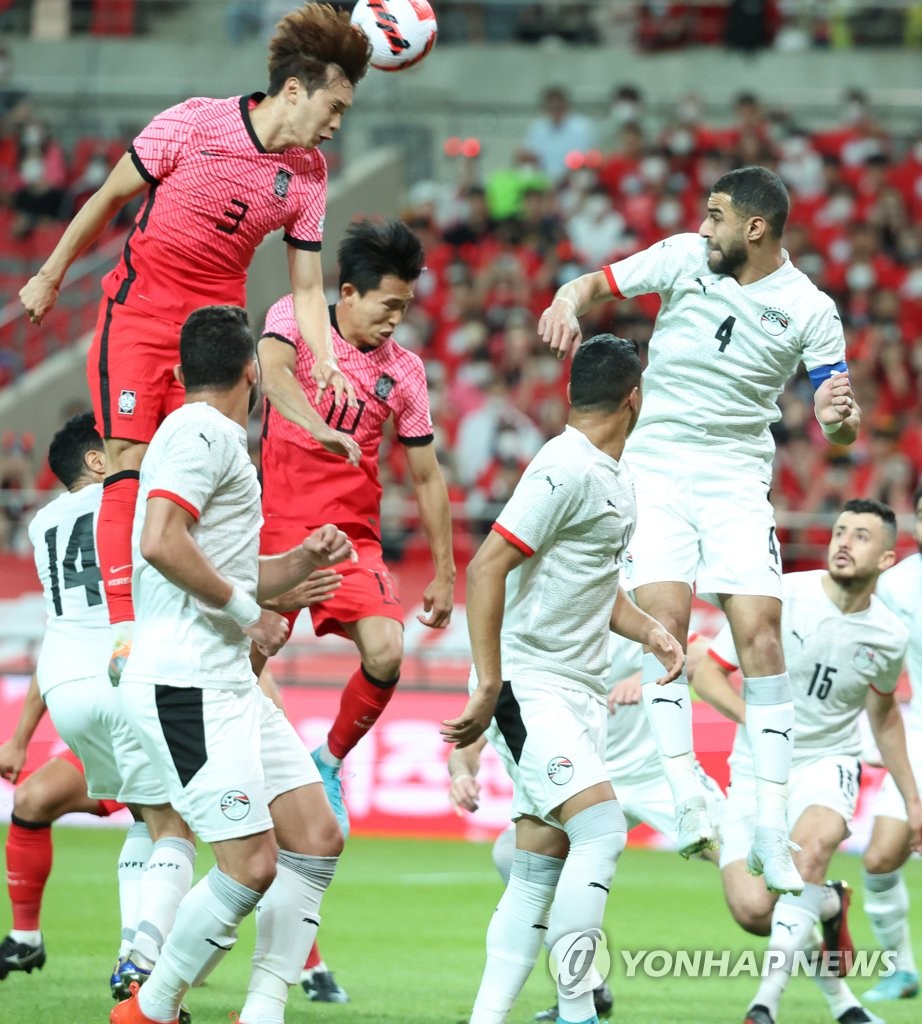 South Korea tightened things up in the second half and allowed few chances the rest of the way. But the jury is still out on whether the unit can handle stiffer competition come World Cup.

On offense, the hosts looked rather lethargic in the opening 15 or so minutes, and their best players had to be just that to provide some much-needed breakthrough.

Son's cross-field pass found Kim on the left wing, and the full back crossed for Hwang, who headed it home to put South Korea up 1-0 on 16 minutes.

For the next goal, Hwang headed down a corner taken by Son, and Kim Young-gwon finished the job with a diving header.

Kim Jin-su then assisted on Kwon Chang-hoon's stoppage-time header with another picture-perfect cross from the left side.

South Korea head coach Paulo Bento said he was pleased with the way his team scored in different ways and how they were in control of the game for the most part.

"I think, in general, it was a good game, with a good performance," he said. "Defensively, we conceded few chances to the opponent. The game, except the first 8-10 minutes, was dominated by our team. We controlled the game with good ball possession." 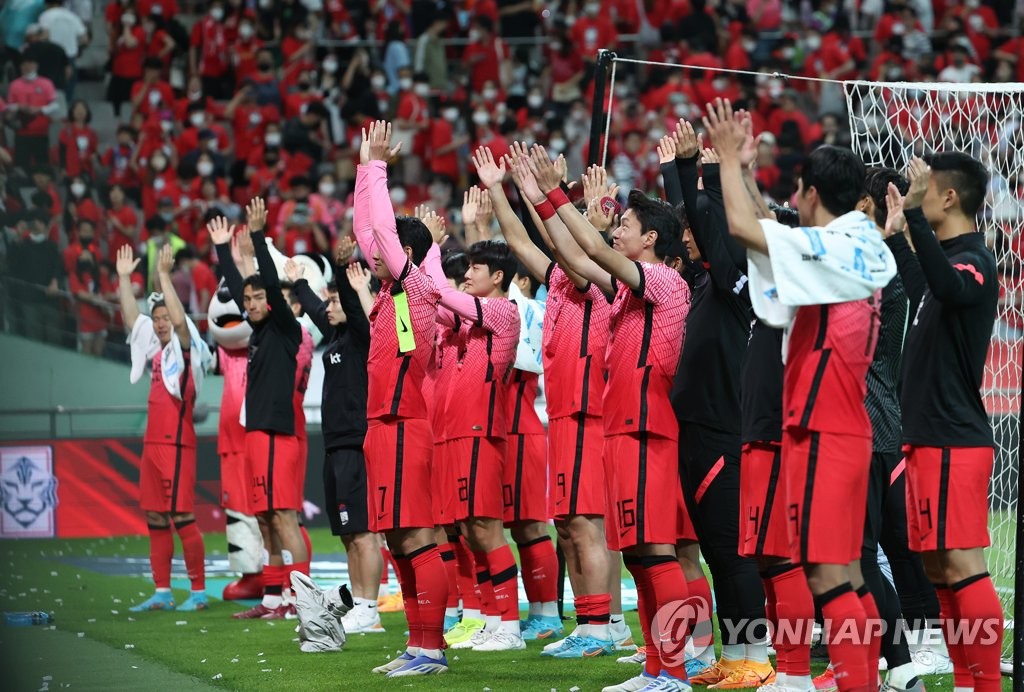