SEOUL, June 14 (Yonhap) -- Cargo truckers on Tuesday have decided to end their walkout that caused nationwide logistic disruptions and delays after reaching an agreement with the government over a freight rate system.

Members of the 22,000-strong Cargo Truckers Solidarity, under the wing of the Korean Confederation of Trade Unions, reached the agreement with the transport ministry late in the day, and decided to end the strike that began on June 7 and return to work from Wednesday.

The union has been demanding an extension of the Safe Trucking Freight Rates System designed to prevent dangerous driving and guarantee minimum freight rates for truck drivers.

The system was introduced for a three-year run in 2020 and scheduled to end Dec. 31, but the two sides reportedly agreed to keep the system in place. 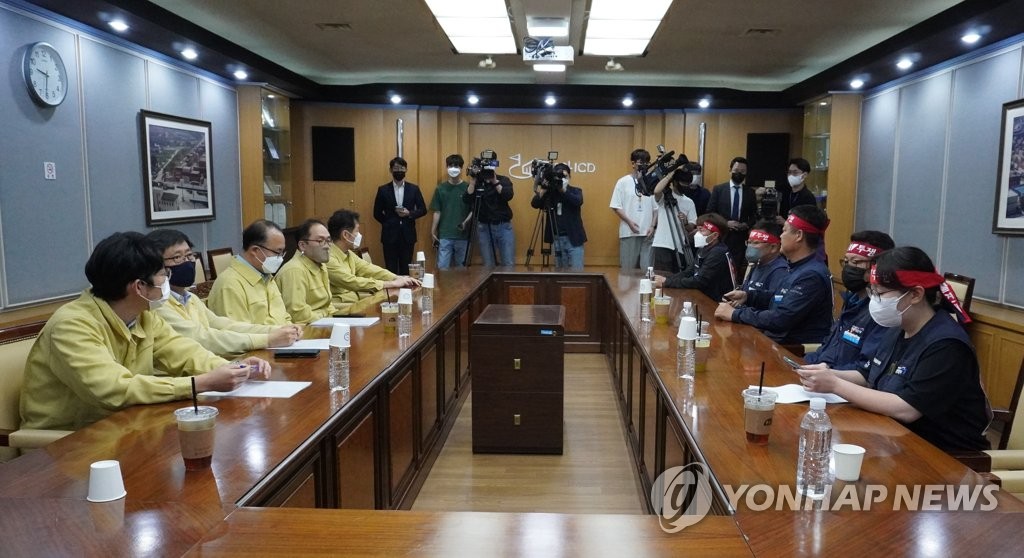 Truckers to return to work after weeklong strike

Truckers to return to work after weeklong strike