The number of employed people came to 28.49 million last month, up 935,000 from a year earlier, according to the data compiled by Statistics Korea.

The May reading was higher than an on-year increase of 865,000 in April and also marked the largest job additions in 22 years for any May.

The country has reported job growth every month since March last year as the job market improved amid the economic recovery.

On April 18, the country lifted most coronavirus restrictions, except the mask mandate, in a major step toward returning to pre-pandemic life. 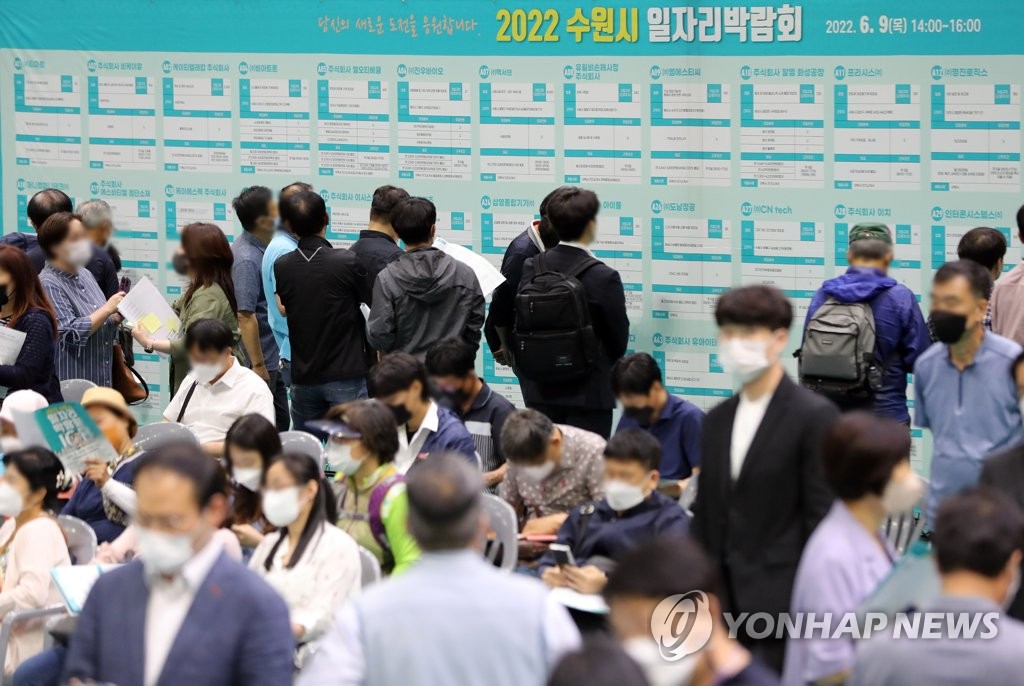 The South Korean economy is on a recovery track, propelled by robust exports. But it faces mounting economic risks due to the protracted war between Russia and Ukraine, and high flying inflation.

Job data pointed to overall improvements in the labor market, but around half of the May job additions were led by an increase in state-arranged jobs for senior citizens. The number of short-term jobs also rose due to demand for pollsters and election campaigners ahead of the June 1 local elections.

The finance ministry said the pace of job growth could slow in the coming months in light of a high base effect and growing economic uncertainty.

The employment rate of people aged 15 and older rose 1.8 percentage points on-year to 63 percent in May, the highest for any May since 1982.

The number of economically inactive people -- those who are neither working nor actively seeking jobs or people outside the labor force -- reached 15.87 million in May, down 480,000 from a year earlier. It marked the 15th consecutive month of an on-year fall.

By sector, the accommodation and restaurant business reported job growth in May after two straight months of falls. The sector, hit hard by the COVID-19 pandemic, saw the number of employed people rise 34,000 on-year in May.

The wholesale and retail sector reported an on-year drop of 45,000 in jobs amid an increase in non-contact business operations, the agency said.

The number of employed people at the health and social welfare service sector grew 178,000 and that in the public administration segment rose 99,000.

The manufacturing sector, the backbone of the economy, reported an on-year increase of 107,000 job posts amid robust exports.

By age, job posts for those aged 60 and older grew the most, with 459,000 new positions on-year, due to a rise in state-arranged short-term jobs.

The number of permanent workers grew 900,000 on-year in May, and that of temporary workers advanced 79,000. But the number of day laborers fell 91,000 on-year, marking the 13th straight month of decline. 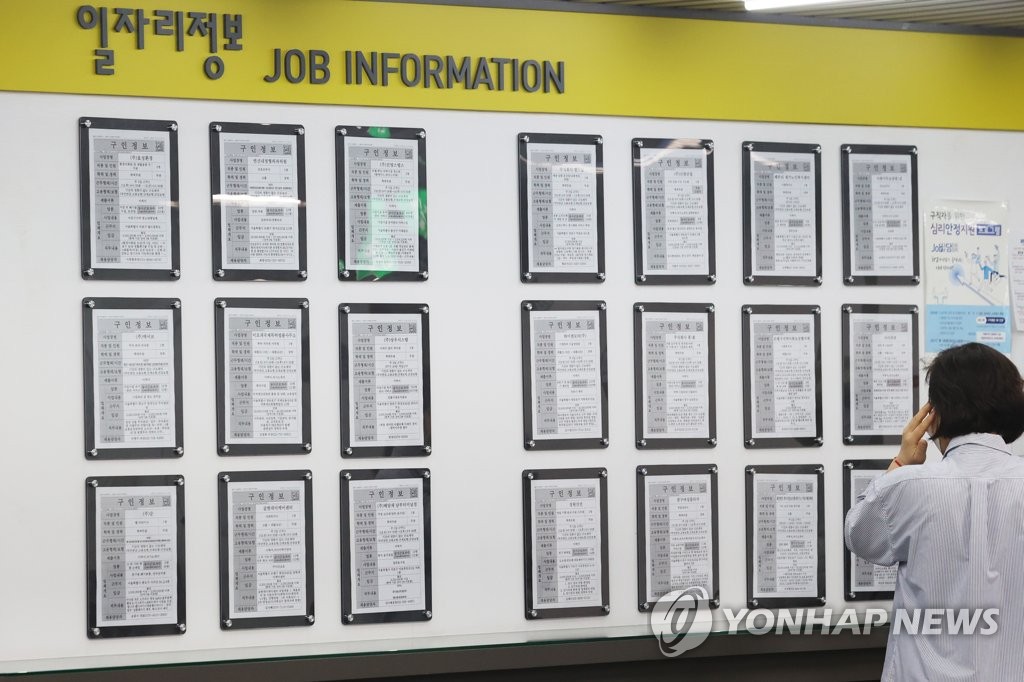 Last month, the Bank of Korea (BOK) forecast the number of employed people will increase 580,000 this year, larger than its February estimate of 280,000.

The Organization for Economic Cooperation and Development (OECD) cut its 2022 growth forecast for South Korea to 2.7 percent, while sharply raising its inflation projection to a 24-year high of 4.8 percent.