The country added 9,435 COVID-19 infections, including 104 cases from overseas, bringing the total caseload to 18,248,479, the Korea Disease Control and Prevention Agency (KDCA) said.

Overseas infections jumped to a three-digit number for the first time in almost 100 days. The jump is primarily blamed on the South Korean government's lifting of the mandatory seven-day self-quarantine period for all international arrivals, starting last week.

Overall, daily infections have shown a downward trend after posting an all-time high of over 620,000 in mid-March. On Monday, new cases dropped to 3,828, the lowest since the 3,094 reported on Jan. 11.

There were nine additional deaths, bringing the total to 24,399. The fatality rate stood at 0.13 percent.

The number of critically ill patients came to 93, down from 98 the previous day, the KDCA said. 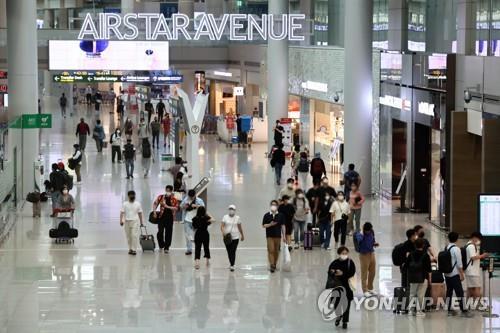 Of the 9,331 locally transmitted cases, Seoul accounted for 1,686 cases, with the surrounding Gyeonggi Province reporting 2,282 cases. There were 364 infections in Incheon, 40 kilometers west of Seoul.

Overseas infections soared to 37 in Incheon, where Incheon International Airport is located.

As of Wednesday, 44.61 million, or 86.9 percent of the population, had completed the full two-dose vaccinations, and 33.34 million, or 65 percent, had received their first booster shots.

About 4.28 million people, or 8.3 percent of the population, had gotten their second booster shots, the KDCA said. 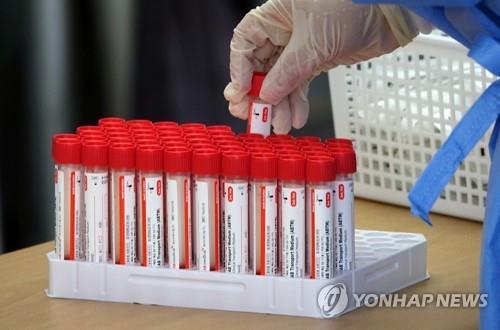