SEOUL, June 15 (Yonhap) -- South Korea's first homegrown space rocket Nuri was being positioned at the launch pad at Naro Space Center on Wednesday, a day ahead its second attempt to send multiple satellites into orbit.

The Ministry of Science and ICT said Nuri, also known as KSLV-II, was rolled out from the assembly building to the launch pad at the state-run space center operated by the Korea Aerospace Research Institute in Goheung, a southern coastal village some 470 kilometers south of Seoul.

The three-stage rocket is expected to be erected before noon and will then undergo check-ups in the afternoon ahead of Thursday's scheduled launch. 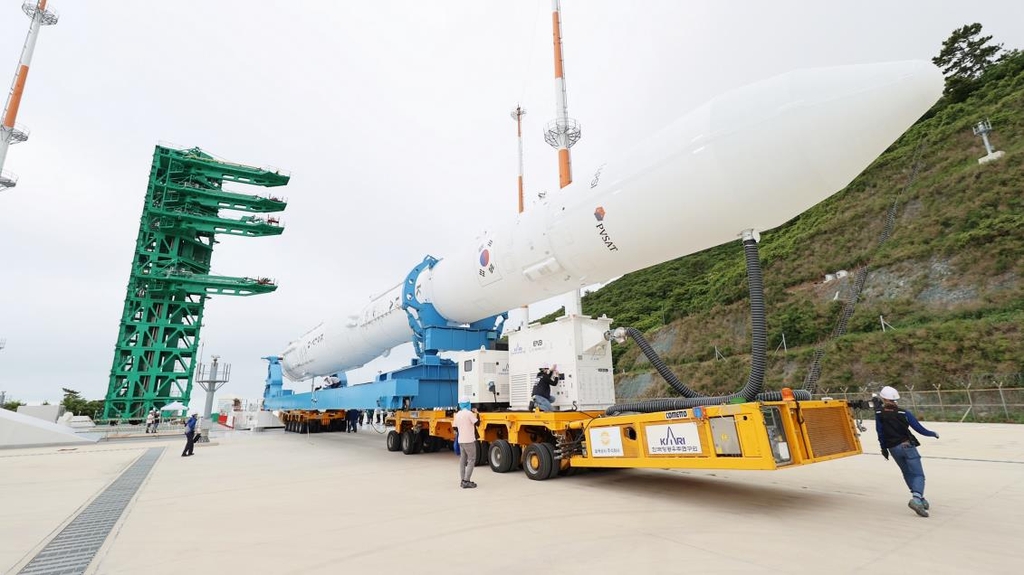 South Korea had planned to launch Nuri on Wednesday, but strong winds forced the country to delay the launch by a day.

In its first attempt in October, Nuri successfully flew to a target altitude of 700 kilometers but failed to put a dummy satellite into orbit as its third-stage engine burned out earlier than expected.

Unlike the first launch, Nuri this time will be loaded with a 180-kilogram performance verification satellite to test the rocket's capabilities and four cube satellites developed by four universities for academic research purposes.