SEOUL, June 15 (Yonhap) -- Preparations to launch South Korea's homegrown space rocket Nuri were delayed at Naro Space Center on Wednesday due to a technical problem with the launch pad, according to the Korea Aerospace Research Institute (KARI).

Nuri, also known as KSLV-II, was transported from the assembly building to the launch pad at the state-run space center operated by KARI in Goheung, a southern coastal village some 470 kilometers south of Seoul, ahead of Thursday's scheduled launch.

KARI officials, however, later paused launch preparations after discovering an unexpected problem with the launch pad. The institute also canceled a press briefing in the afternoon.

The launch schedule could potentially be delayed again if the problem is not fixed within the day. The launch was originally set to take place Wednesday but has been delayed by a day due to strong winds. 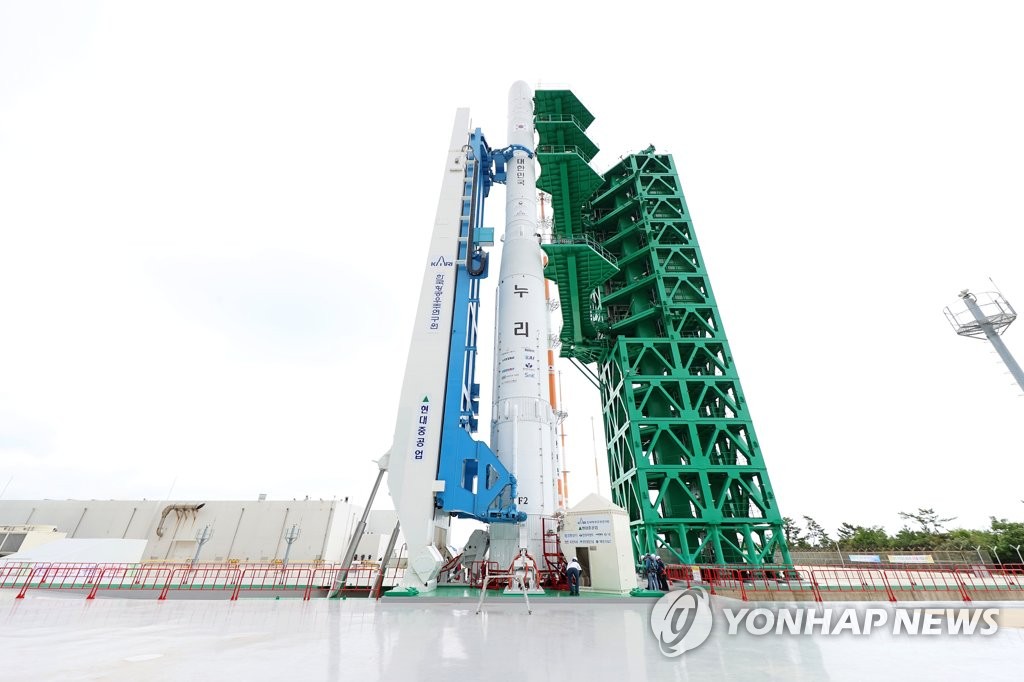 In its first attempt in October, Nuri successfully flew to a target altitude of 700 kilometers but failed to put a dummy satellite into orbit, as its third-stage engine burned out earlier than expected.

Nuri this time will be loaded with a 162.5-kilogram performance verification satellite to test the rocket's capabilities and four cube satellites developed by four universities for academic research purposes, along with a 1.3-ton dummy satellite. 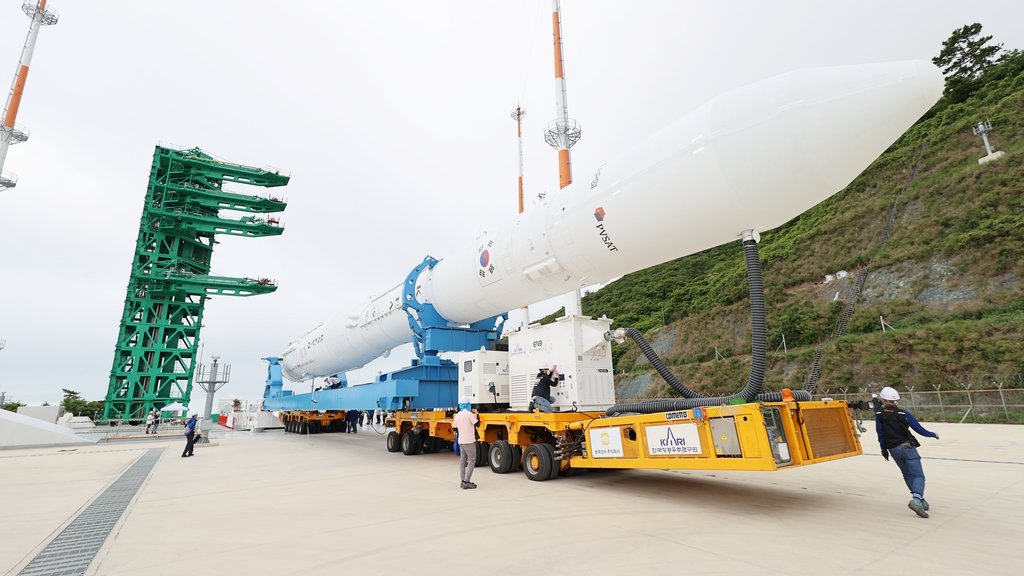