SEOUL, June 15 (Yonhap) -- Tampa Bay Rays first baseman Choi Ji-man has extended his career-best hitting streak to 12 games, thanks to a single off an ace pitcher he has long dominated.

Batting cleanup, Choi went 1-for-4 with two strikeouts in a 2-0 loss to the New York Yankees at Yankee Stadium in the Bronx on Tuesday (local time).

That lone hit came against Yankees starter Gerrit Cole, against whom Choi has been a primary nemesis in recent years. Choi entered the game having batted 8-for-16 with three home runs, three doubles, five walks and eight RBIs against the right-hander. 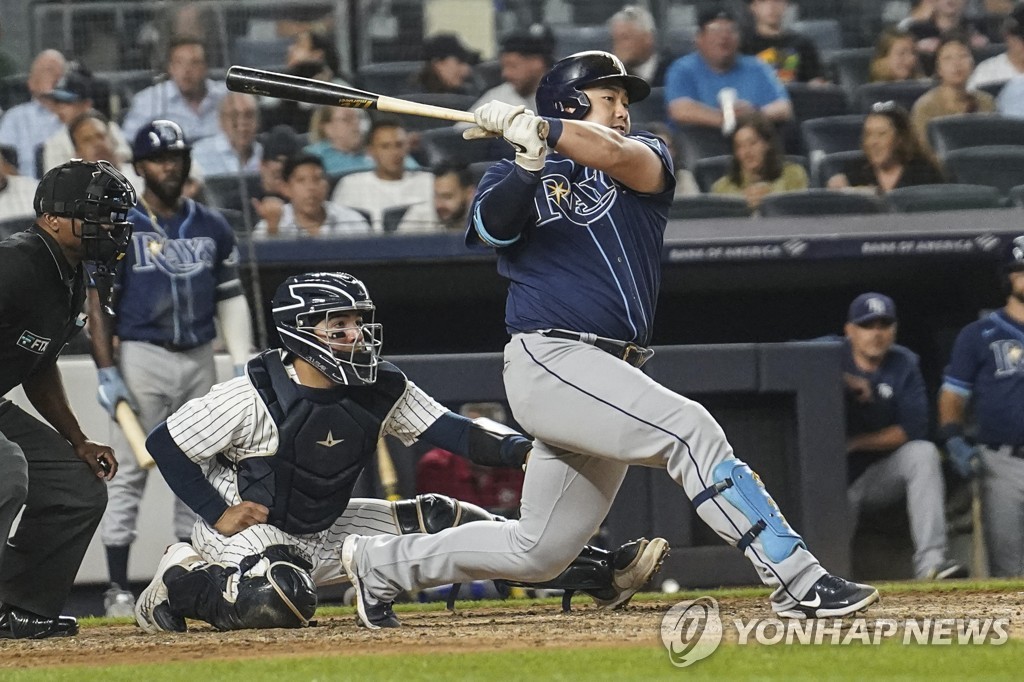 Cole struck out Choi on a 99.6 mph fastball in the first inning and then got the South Korean looking at a 3-2 changeup for another strikeout.

In the sixth, Choi got an infield single off Cole, as his hit streak reached a dozen games.

Choi grounded out to first against reliever Michael King in the eighth inning. 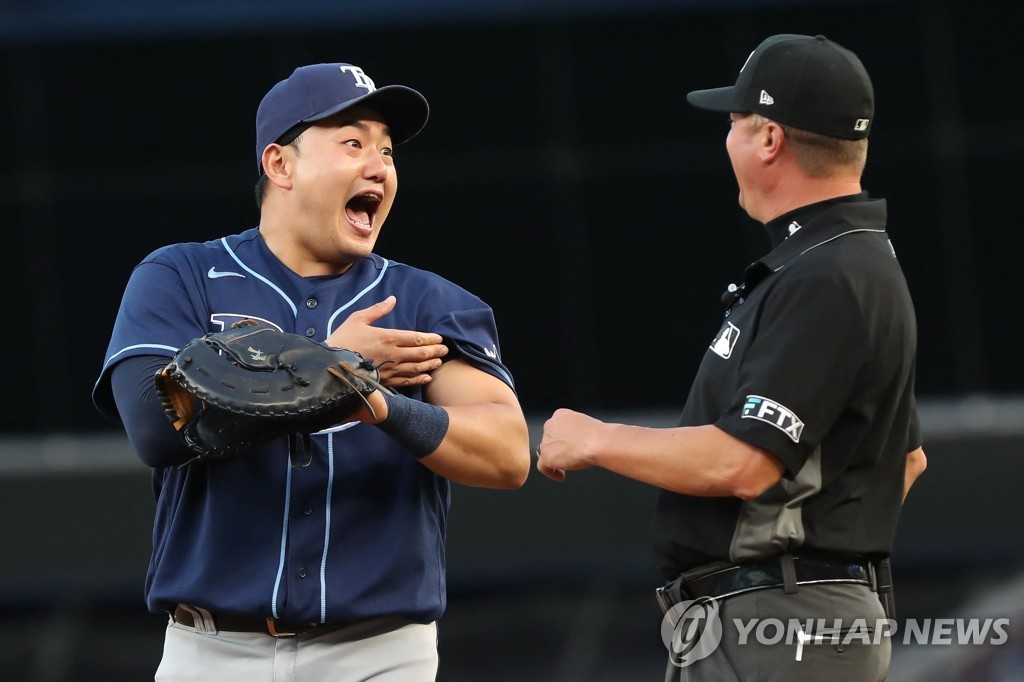