SEOUL, June 15 (Yonhap) -- Aside from being a superstar with many chart-topping hits and a global fandom, BTS has strongly influenced the world with its heartfelt messages of consolation and hope for youth and those against Asian hate crimes.

The band made its first big stride toward the move in November 2017, when they partnered with the Korean Committee for UNICEF to stage the Love Myself campaign.

In the event that combined BTS' self-love promotion for its "Love Yourself" album series with UNICEF's campaign to #ENDViolence against children, the K-pop septet conveyed a message of consolation and courage to many children and teens around the world, saying true love begins with loving themselves.

The worldwide impact from the campaign was huge, so they became the first K-pop act to speak at the U.N. General Assembly the following year. RM, the band leader, encouraged youth in his speech on UNICEF's global partnership called "Generation Unlimited" dedicated to creating opportunities for young people between 10 and 24 years old, at the 73rd U.N General Assembly. 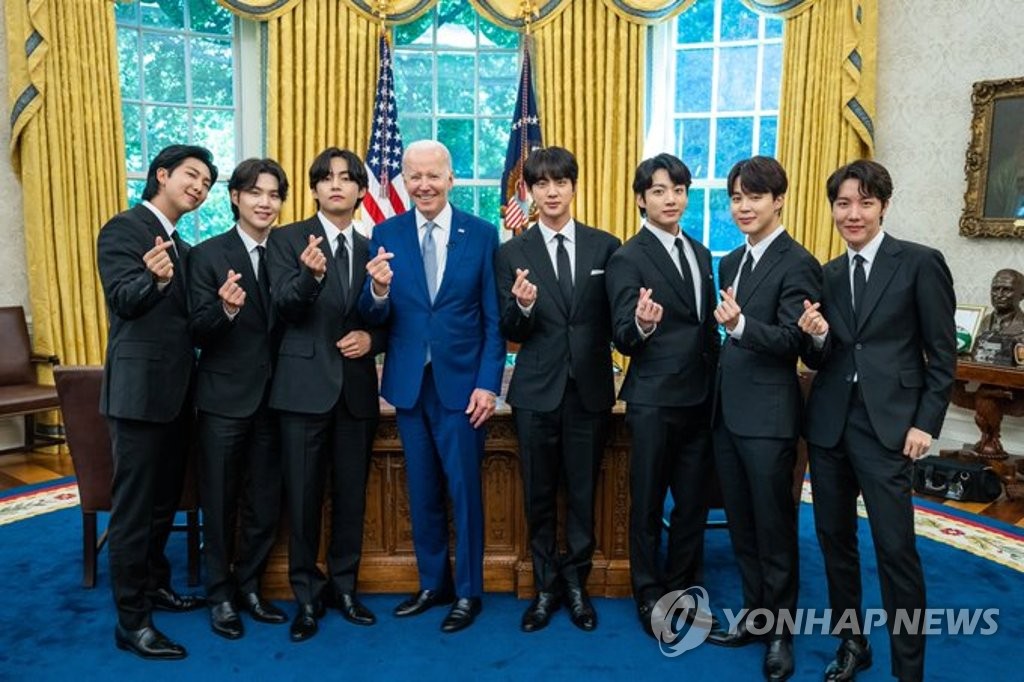 The South Korean band made a special appearance at the 75th U.N. General Assembly in September 2020 to deliver a heartfelt speech about the impact of the coronavirus pandemic. It urged the world's youth to remember and seek out their dreams despite the challenges that they may face from the pandemic in the speech.

Following the speech that praised the world's youth for welcoming the challenges presented by the pandemic and highlighted the importance of tackling climate change, BTS played a pre-taped video of itself performing "Permission to Dance," one of their hit singles, inside and outside the U.N. headquarters. 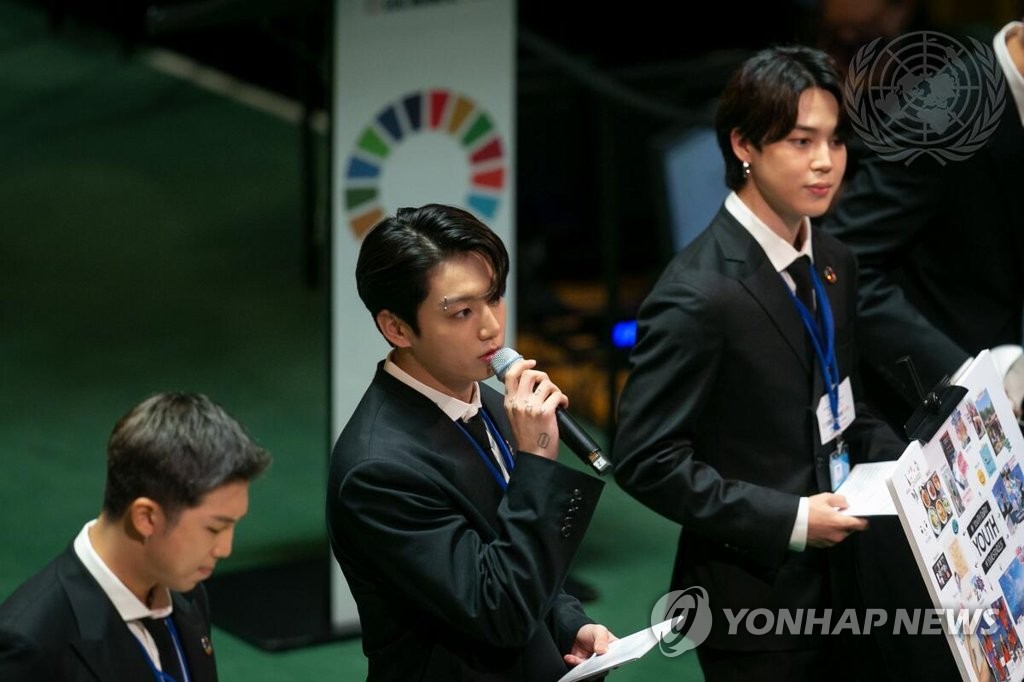 The group has also been a steady voice of condemning anti-Asian hate crimes and discrimination as part of the BLM (Black Lives Matter) campaign.

"We feel grief and anger," BTS said in the message posted both in Korean and English under the hashtags #StopAsianHate and #StopAAPIHate.

"What is happening right now cannot be dissociated from our identity as Asians. It required considerable time for us to discuss this carefully, and we contemplated deeply on how we should voice our message. But what our voice must convey is clear. We stand against racial discrimination. We condemn violence. You, I and we all have the right to be respected. We will stand together."

It was retweeted more than 1 million times and liked by more than 2.5 million Twitter users. 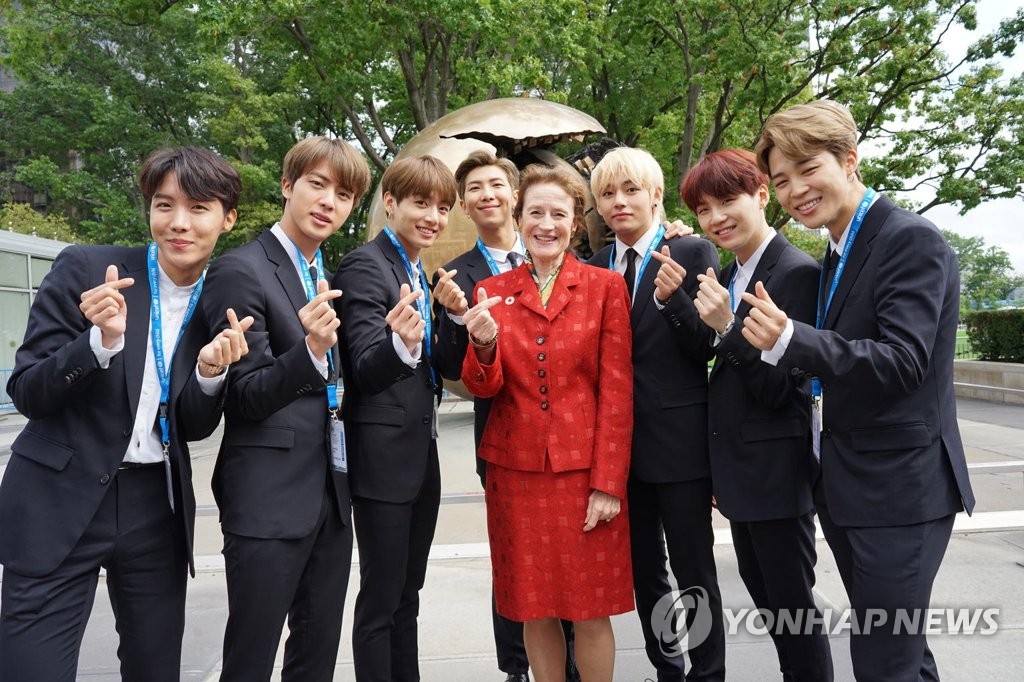 During a press conference held in Los Angeles in November of the same year, BTS said it always wants to express its voice on anti-Asian hate issues if it can and do what it can do to help resolve the issue.

"I wasn't born and raised abroad, but as Asians -- these past years, our path around the world, we truly felt the walls. The walls can be always described as words, sometimes it's visible, sometimes it's invisible and sensitive. So when we talk about Asian hate, our path (is) these awards, our music. We just hope that this can truly help every Asian in the world," RM said.

The group's recent visit to the White House was an event that was at the apex of its global influence.

It made its first visit to the White House for a rare meeting with U.S. President Joe Biden on May 31 (U.S. time), the last day of the country's Asian American and Native Hawaiian/Pacific Islander (AANHPI) Heritage Month and discussed ways to deal with rising anti-Asian hate crimes in the U.S.

Attending a daily press briefing at the White House before meeting with the U.S. president, Suga stressed the need to embrace differences, saying, "It's not wrong to be different."

"Equality begins when we open up and embrace all of our differences," he said through an interpreter.