SEOUL, June 15 (Yonhap) -- The ruling People Power Party (PPP) said Wednesday it will seek legislation to extend a freight rate system guaranteeing basic wages for truck drivers after differences are sorted out over whether the system should be renewed permanently or for a set period of time.

Members of the 22,000-strong Cargo Truckers Solidarity, under the wing of the Korean Confederation of Trade Unions, ended their weeklong walkout late Tuesday after reaching an agreement with the transport ministry to extend the Safe Trucking Freight Rates System beyond its scheduled expiration at the end of the year.

But the government and the unionized truckers have since had given different interpretations of whether the agreement means the system should be extended for good or should remain a "sunset" measure effective for a specific period of time.

PPP floor leader Kweon Seong-dong said the party will figure out why there is such a difference.

"We will look into why there is a difference on that part and determine our position," he said.

The main opposition Democratic Party (DP) has sided with the truck drivers, calling for abolishment of the sunset provision on the system.

"Keeping the sunset provision means the system is transitional ... it is not like all the truck drivers will disappear (in time)," Rep. Woo Sang-ho, DP's interim leader, said.

The walkout caused major disruptions in logistical networks nationwide and damage of over US$1 billion to the steel, automobile and other industries. 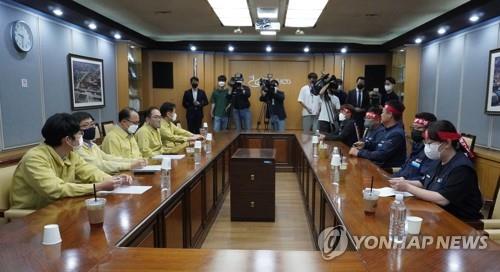 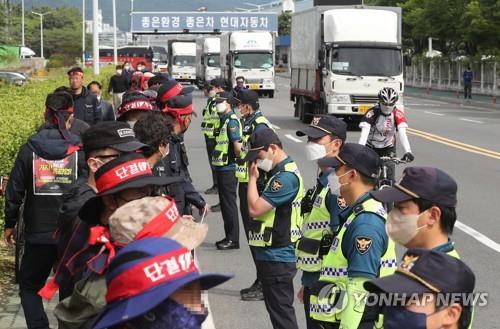