The phone call came as South Korea and Colombia mark their 60th anniversary since establishing diplomatic ties this year.

Wednesday also marks 71 years since Colombian troops arrived at the southeastern port city of Busan to help the South fend off an invasion by North Korea in the 1950-53 Korean War.

"The president said he looks forward to continuing to develop the future-oriented and comprehensive cooperation partnership toward a new 60 years," the presidential official told reporters.

"He also asked for Colombia's special interest and support so that the World Expo can be held (in Busan), and the Colombian president expressed his support," the official said. 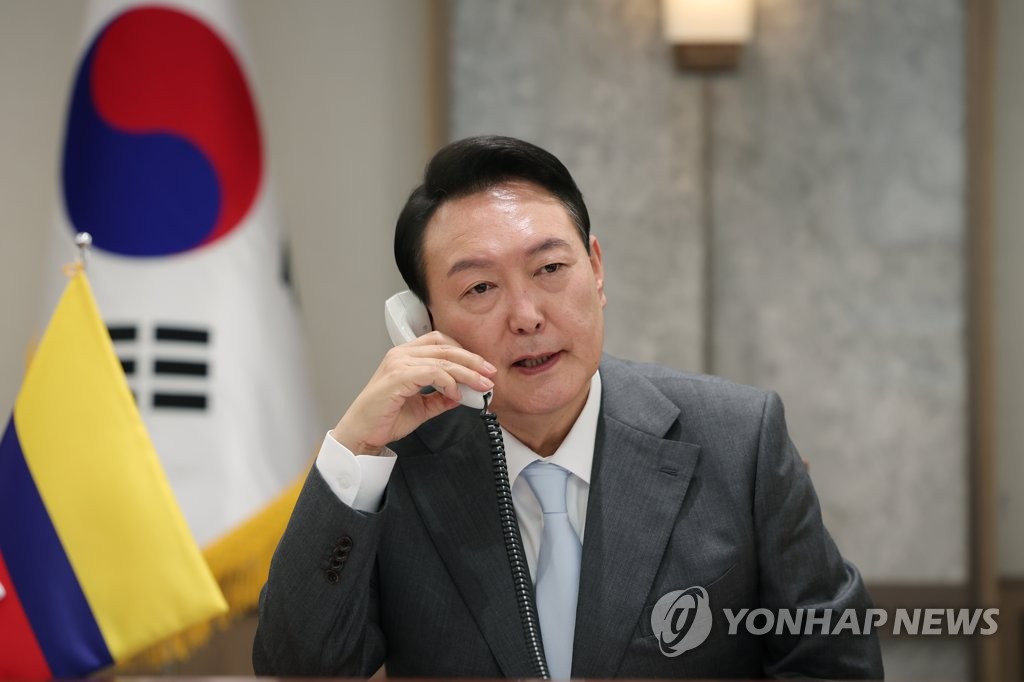